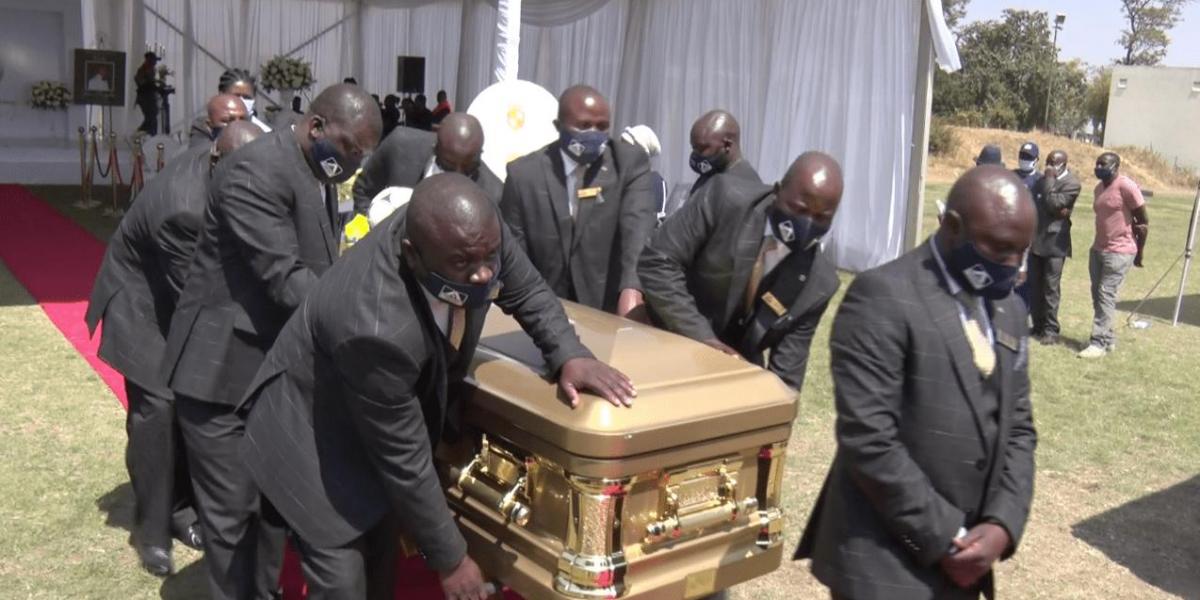 The late Caps United legend Joe Mugabe who died in the United Kingdom early this month where he was based has been laid to rest at Glen Forest cemetery in Harare.

A memorial service was held at Raylton Sports Club in Harare on Tuesday before his body was taken to Glen Forest cemetery for burial.

Kode, as Mugabe was known by his fans, was part of the all-conquering Makepekepe team that won the club’s first league title after Independence in 1996.

He won the title in a Green Machine team that included the likes of Lloyd Chitembwe, Silver Chigwenje, Alois Bunjira, Stewart Murisa and George Mudiwa, who all spoke glowingly of late football genius. Said Chitembwe:

One characteristic we shared was to live a quiet life, but on the field, he was a leader and the results tell. His quality was great which led us to the achievements we had.

Chigwenje remembers the day when Kode single-handedly led Makepekepe to a 3-1 win over cross-town rivals Dynamos. He said:

I grew up with him from the Caps United youth in 1991 captained the team together. One of the memories of him was when he single-handedly led us to a 3-1 victory over Dynamos in a cup final which was the last it was ever held after crowd trouble.

On leaving CAPS United in 2001, Mugabe ventured into coaching at the now-defunct Sporting Lions, before relocating to the United Kingdom where he was the chairperson of the CAPS United Legends UK, a position he held by the time of his death.

He is survived by his wife, Jennifer and three children.