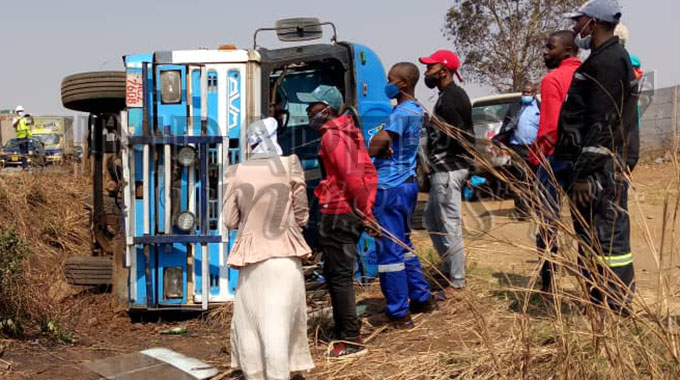 A Velvet bus operating under the Zimbabwe United Passenger Company (ZUPCO) franchise veered off the road and overturned along Kambuzuma Road in Harare on Monday morning.

The driver reportedly lost control of the bus even though reports suggest that the bus was not speeding.

Several passengers were injured and ferried to the hospital by well-wishers as the ambulance had not arrived at the scene of the accident. 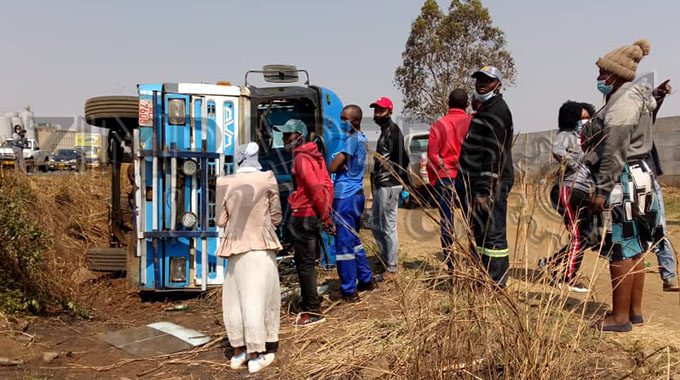 The bus which was reportedly full was travelling to Mbare from Kuwadzana.

One of the accident survivors, Delilah Nhandara told The Herald that the driver was not speeding but failed to control the bus resulting in it veering off the road and overturning.