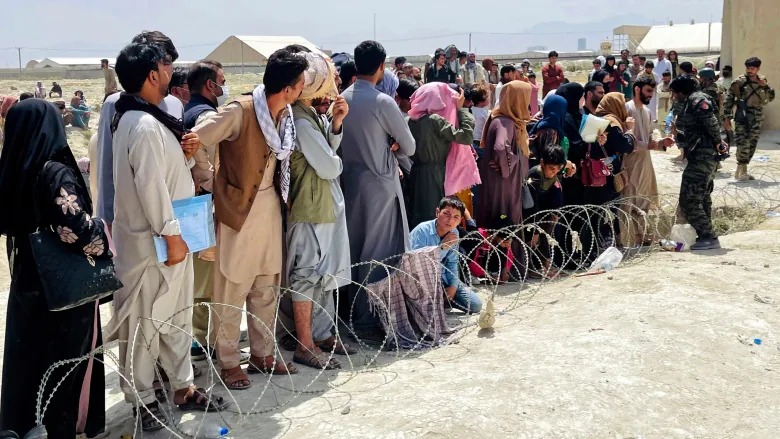 Zimbabwe was reportedly approached by some Western powers through the International Organisation for Migration (IOM) to accept Afghan refugees fleeing their homeland after Taliban fighters seized power nearly a fortnight ago.

This was revealed by Presidential spokesperson George Charamba through Twitter. Using his @Jamwanda2 handle, he wrote:

DID YOU KNOW?? That Zimbabwe was recently approached by some western govt through IOM to get her to accept fleeing Afghan collaborators as refugees here!!! This earth my brother, sister, Aaah!!!!!

Responding to a Twitter user who had suggested that Zimbabwe could seize the opportunity to mend its fractured relations with the United States of America and her allies, Charamba said accepting Afghan refugees will be inconsistent with Harare’s foreign policy. Wrote Charamba:

Well, I think as we debate this request through IOM, let’s not profile other races, other faiths, other religions.

Zimbabwe is a broad-minded nation when it comes to race relations, cultures and faiths. It is the West’s narrowness which created the mayhem we see in Afghanistan.

What we are debating here is the morality of a retreating invader coopting other nations in cleaning up its mess arising from its unjust wars.

Or the deservedness of nationals who collaborate with an occupying power to find relief and succour in other nations with nothing to do with the occupation, in the first place.

And for Zimbabwe, whether or not it’s consistent with its policy, values and stance to aid and abet displacements from struggles against western imperialism.

Would this validate our history as a post-liberation society?

The United States and Britain among other powers have to date airlifted tens of thousands of Afghans from the Hamid Karzai Internation Airport in Kabul, with most of them sent to third countries including Qatar and the United Arab Emirates.

Those who are being evacuated worked with Western powers during 20 years of occupation and now face the threat of reprisals from Taliban fighters for having collaborated with the occupiers.