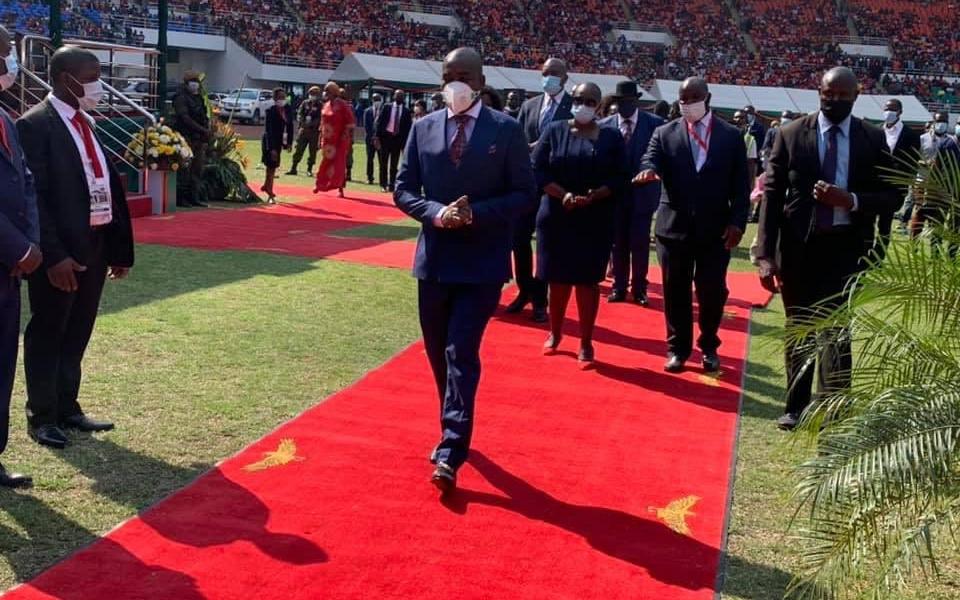 MDC Alliance leader Nelson Chamisa said that his party remained “unshakable” despite antics by the ZANU PF government to create an uneven political ground to stop the opposition party from taking over power.

He said he was not being given an opportunity to reach out to his supporters through the State media, but the party had other alternative ways of connecting with the people.

Chamisa was speaking in an interview with journalists in Zambia on the sidelines of newly-elected President Hakainde Hichilema’s inauguration in Lusaka on Tuesday. He said:

The only time I appear is when they are accusing me of something. But with all that kind of blackout, we are still standing, live broadcasting in the hearts of the people. We are unshakable and we continue to be very strong.

In his inauguration speech, Hichilema pledged his commitment to pursue a foreign policy based on mutual interest and respect. He said:

Under our administration, our country will continue to be an active member of regional, continental and international bodies.

We are committed to enhancing international cooperation and foreign relations.

We are committed to promoting open and cordial relations with our neighbours and countries on the continent and beyond.

We are equally committed to pursuing a foreign policy based on mutual interest and respect.