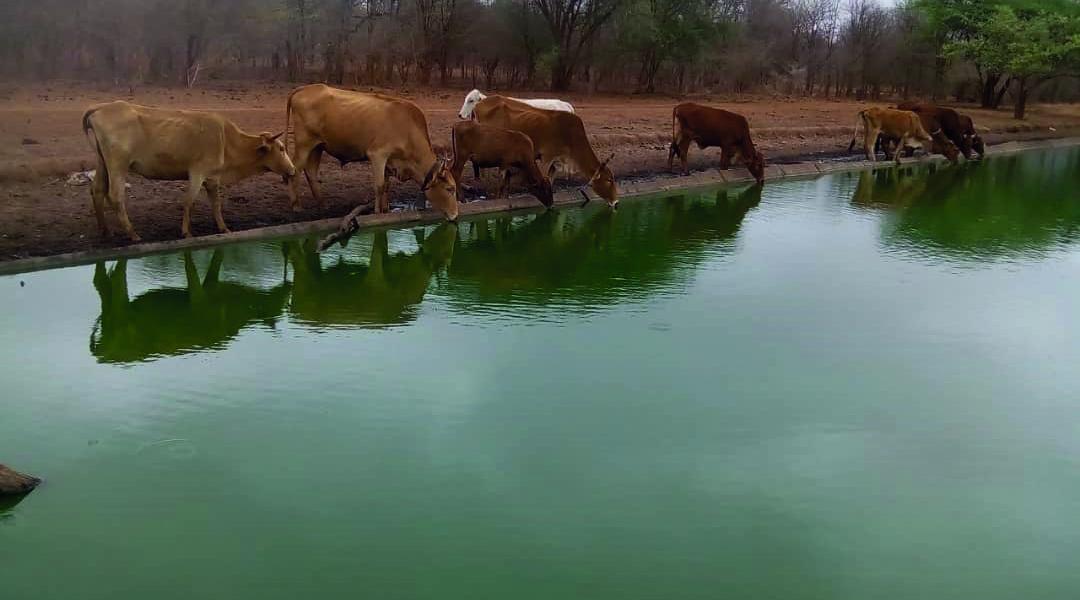 Livestock from communities around Rutenga Growth Point has for the past two decades been drinking from sewage ponds, a problem which has been said to be causing poor meat quality by local farmers.

Cattle, donkeys and goats in Mwenezi East from wards as far as Wards 13 and parts of 14 have been consuming raw sewer from the expanding Rutenga Growth Point’s uncovered sewer ponds.

The ponds which are located about two kilometres away from the growth point are the major source of water for livestock due to the lack of cleaner sources of water.

Before the land reform programme, the livestock used to drink from local small dams which were built by evicted white farmers but water pumps and several farm properties were stolen with some vandalised at the height of the chaotic land resettlement programme.

Ward 18 Councilor, Albert Mashiri whose area covers Rutenga Growth Point acknowledged that raw sewer has been the source of drinking water for livestock in the area. Said Mashiri:

It’s unhealthy for domestic animals to consume such water but it’s unfortunate that for many years now livestock here has been relying on raw sewer from the growth points’ sewage ponds.

According to Alois Moyo, a farmer from Ward 13’s Mariot Ranch area, the sewer water has compromised the quality of the meat their livestock produce. He said:

The quality of meat of a domestic animal that consumes raw sewage is not that appealing. The offals are difficult if not impossible for human consumption.

In the event that one cooks the offals, there is a greenish element that remains on the relish even after fully preparing the meat. This makes it difficult to consume.