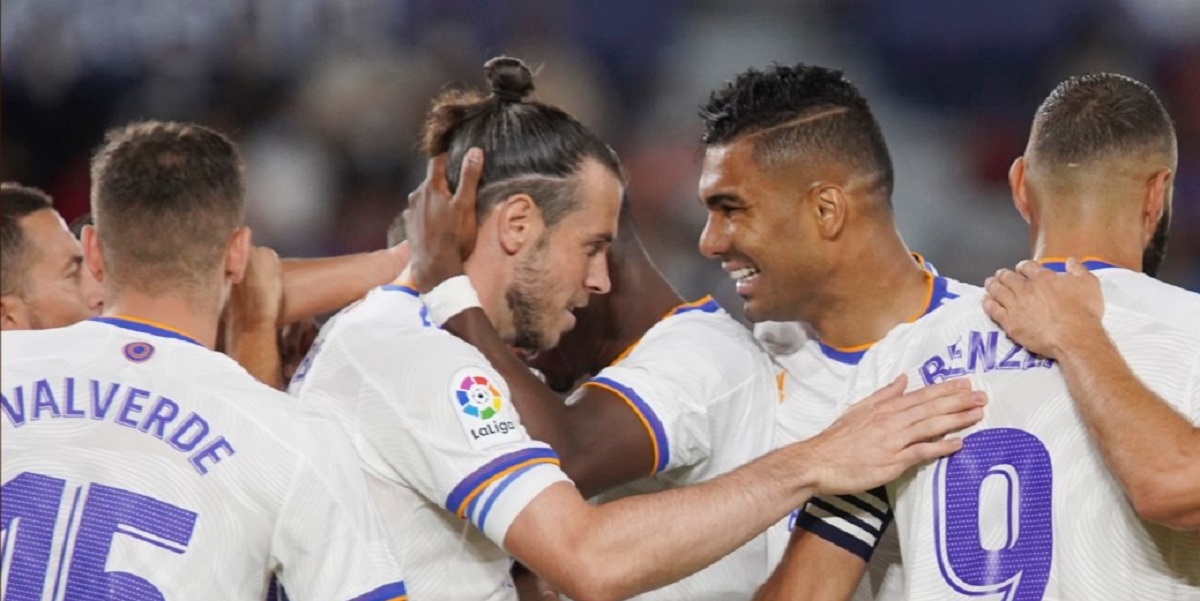 Gareth Bale who spent last season on loan at Tottenham Hotspurs gave Madrid the lead just five minutes when he swept home a finish after being set up by Karim Benzema.

Levante emerged for the second half with renewed energy and took just 30 seconds to find an equaliser through Roger Marti who broke the Real Madrid offside trap to press a finish underneath Thibaut Courtois.

The turnaround was completed when Jose Campana launched a half-volley into the top corner of Courtois’ net, prompting Ancelotti to make three changes to his team all at once.

Brazilian striker, Vinicius Junior who was among the substitutes, produced a King of The Match performance that rescued a point for Real Madrid.

Vinicius scored the equaliser but Levante regained the lead 10 minutes from the end through Rober Pier who scored a bouncing ball from a poorly-defended freekick.

Vinicius scored another equaliser moments later when he flipped a finish off the inside of the far post before Fernandez was shown a straight red card for denying Vinicius a clear goalscoring opportunity with his hands outside the box.

Vinicius Junior became the first substitute to score a double for Real Madrid in a La Liga match since Javier Hernandez in September 2014.

Real Madrid pressed for a winner but were unable to create one last opportunity as defender Vezo did enough as an emergency goalkeeper to make sure there would be no more goals.