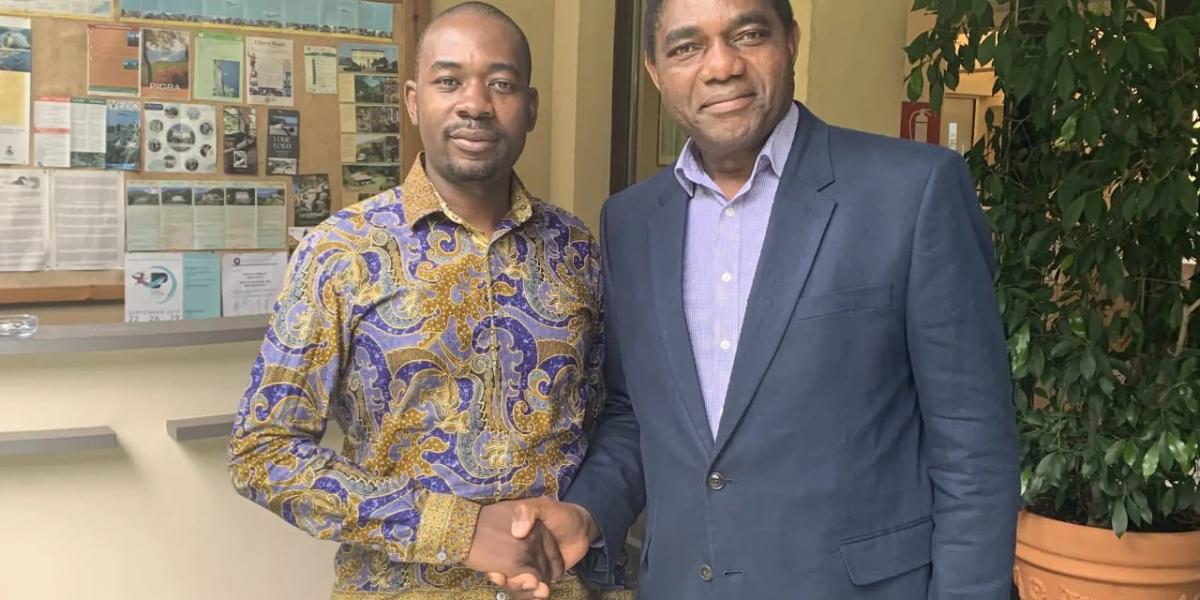 Hichilema defeated President Edgar Chagwa Lungu in the 12 August presidential election that was his sixth attempt at landing the top post.

Zambian Information and Broadcasting Services ministry permanent secretary, Amos Malupenga, said the inauguration ceremony would be strictly by invitation because of the COVID-19 pandemic.

Hichilema’s United Party for National Development (UNDP) has close ties with the MDC Alliance and he has met Chamisa on several occasions before.

Joseph Kalimbwe, one of the key members in Hichilema’s campaign team said MDC Alliance was the only political party in the region that supported UNDP ahead of Zambia’s August 12 elections. He added that UNDP must never forget its allies when it attains power. He said:

My support for the struggles of friends and comrades across our continent (Zimbabwe, Namibia, Tanzania – Africa) is unwavering – it will never stop.

They chose the hard path of supporting our UNDP struggles when others refused to associate with us in the opposition.

Hichilema’s victory gave hope to other opposition parties on the continent that they can also topple the ruling parties in their respective countries.

President Emmerson Mnangagwa has, however, since poured cold water on such hopes saying whoever dreams of change happening in Zimbabwe should wake up and brew beer for cleansing.

Political analysts observe that the Zimbabwean political arena is different from others on the continent mainly because power-broking institutions including the military are not abiding by the constitution.

They say political reforms including revision of the voters’ roll, demilitarising the Zimbabwe Electoral Commission, and media reforms are essential for free and fair elections.