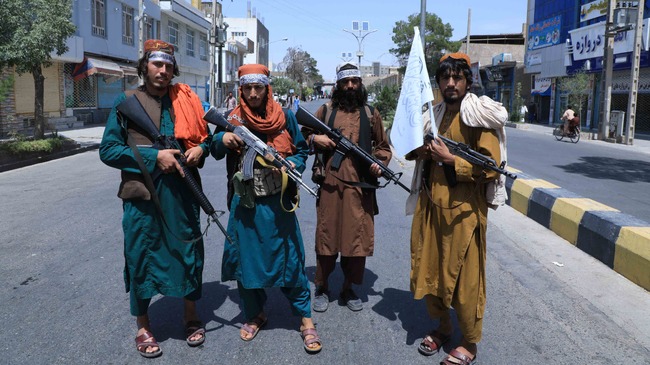 The spokesperson of the Taliban has said they are likely to unveil a new governing framework for Afghanistan within the next few weeks following the seizure of power in recent weeks.

The return of the Islamist militant group to power has sparked fear in many Afghans some of which have since left that country.

The Taliban government that ruled in the 1990s and was removed from power in 2001 by the US was known for violating human rights. The group is pledging to be more liberal than it was in the 1990s. Its spokesperson said on Saturday:

Legal, religious and foreign policy experts in the Taliban aim to present the new governing framework in the next few weeks.

An official also told Reuters that the Taliban will be accountable for its actions and will investigate reports of reprisals and atrocities carried out by members.

The Taliban seized power at a time when the US, UK and their allies are evacuating their troops and all citizens from Afghanistan after a two-decade-long war with the militant group.

The Western allied forces have been blamed for “letting the Afghans, especially women, down” as fears abound that they will no longer be allowed to go to school or work.

Meanwhile, Russian President Vladimir Putin criticised the West for its stance on Afghanistan, saying that the Taliban’s rapid ascent to power has shown the futility of Western attempts to enforce its own vision of democracy without considering other factors such as ethnic values and history.

German Chancellor Angela Merkel, who was on an official visit to Moscow, urged Russia to use its contacts with the Taliban to press for Afghan citizens who helped Germany to be allowed to leave Afghanistan.

Pest control
US $10.00 Bulawayo
Mandarin (Chinese) call in lessons
US $20.00 Harare
7 in 1 cooker, toaster, donut maker, waffle maker and more
US $40.00 Harare
Mobile Barber
US $2.00 Bulawayo
Laminator A4
US $70.00 Harare
🧱 Building Material Available in and around Harare
Harare
Plumbing solutions
US $20.00 Bulawayo
Air Freshener with Dispenser
US $15.00 Harare