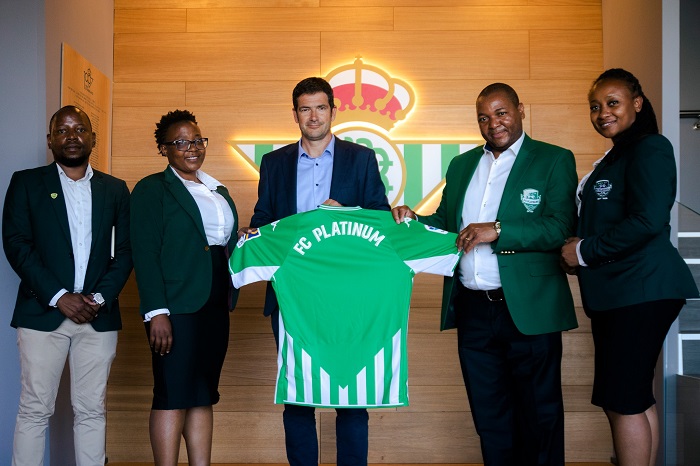 The partnership between Premier Soccer League champions FC Platinum and Spanish side Real Betis does not guarantee an automatic player transfer to the La Liga side, the Zvishavane-based club has said.

Speaking in an interview with H-Metro, FC Platinum spokesperson Chido Chizondo said doors are open for the capable and deserving, just like any move to Europe the requirements have to be met. She said:

The doors are open for the capable and deserving, just like any move to Europe the requirements have to be met.

FC Platinum recently struck a partnership deal with Real Betis that will see the two giants collaborating in areas such as strategic planning, the business of football, digital fan engagement, rationalising football post-Covid, transformation and innovation.

The partnership sees the Spanish Club extending its footprint on the local football landscape after successfully launching the Real Betis Academy this year in Harare and Bulawayo.

FC Platinum have begun their Champions League preparations after they were granted permission by the Sports and Recreation Commission (SRC) last week.

Pure Platinum Play face GD Sagrada Esperanca of Angola in the preliminary round which is scheduled for the weekend of 10-12 September.