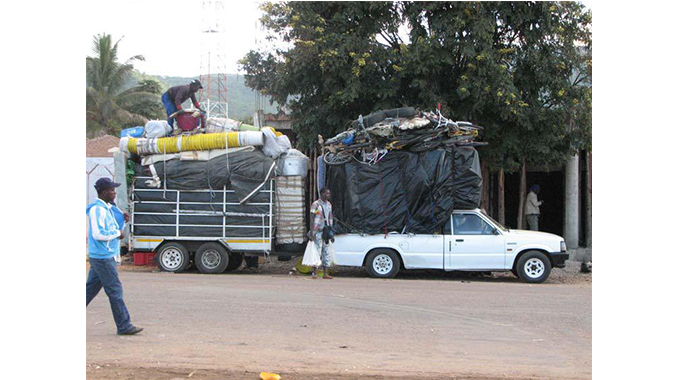 Cross border traders have implored the government to consider reopening the country’s land borders to vaccinated people so they can resume their business.

Zimbabwe’s land borders have remained closed for the greater part of 2020 and even 2021 as part of measures by the government to curb the spread of the novel coronavirus, with only returning citizens and those with valid permits from other countries allowed entry.

Speaking to CITE this week, Pretty Mpofu, a cross border trader said the closure of the country’s borders has adversely impacted the operations of many informal traders in the country whose livelihoods largely depend on cross-border activities. She said:

Now that many informal traders have been vaccinated, the government should now open the borders for us.

If possible they can allow just 100 cross-border traders to pass per day or simply limit the number of buses crossing on a day. That can minimise overcrowding at the border posts.

The same way the government has allowed the vaccinated to return to churches, they should allow us to cross the borders to other countries and resume our business.

Zimbabwe Cross-border Traders Association (ZCBTA) president, Killer Zivhu said it was high time the government opened the borders to the majority of Zimbabweans who depend on crossing the borders to feed their families. Said Zivhu:

Many people have been vaccinated and they should be allowed to cross the borders.

If the government feels it is not yet to open borders, then it should create employment for those people who depend on cross border trading so they can be able to feed their families.

One Comment on “Open Borders For the Vaccinated, Cross-border Traders Implore Govt”