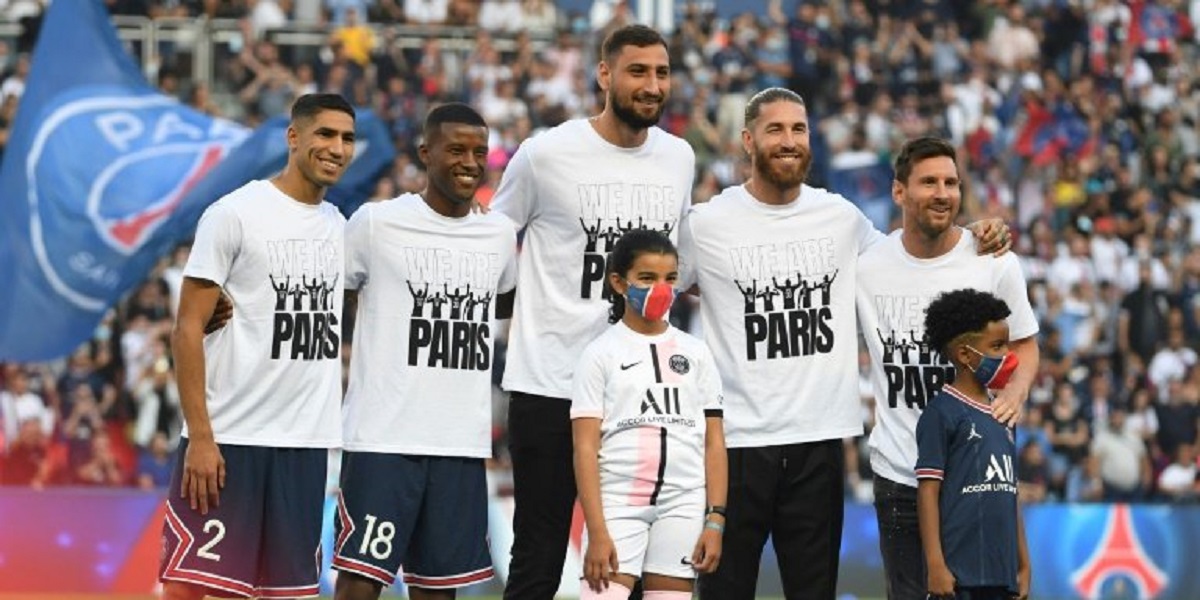 Messi received an ecstatic reception as he ran out onto the pitch along with PSG’s other summer signings, with a 48 000-full house greeting the six-time Ballon d’Or winner despite the welcome ceremony taking place an hour before kick-off.

The Argentine later watched from the stands alongside Neymar and Angel di Maria as the trio is not yet considered match-fit having enjoyed an extended break after playing at the Copa America.

Mauricio Pochettino’s team made it two wins from two Ligue 1 matches this season.

While Messi is the new idol of the PSG support, those fans jeered when Mbappe’s name was read out by the stadium announcer ahead of kick-off.

The France striker is in the spotlight with speculation that he will seek a move away from PSG before the transfer window shuts – he has so far refused to extend his contract, which expires at the end of the campaign.

He is rumoured to be interested in a move to Real Madrid.

Nevertheless, Mbappe last night played a key part in PSG’s victory, which looked a certainty from the moment Icardi headed in Abdou Diallo’s cross in the third minute.

The second goal arrived in the 25th minute when Mbappe’s shot went in via a cruel deflection off the face of Ajorque, and two minutes later it was Mbappe’s cross that was turned in at the back post by Draxler.

He was also instrumental in the fourth goal after bursting towards the byline and cut the ball back to substitute Sarabia to convert.