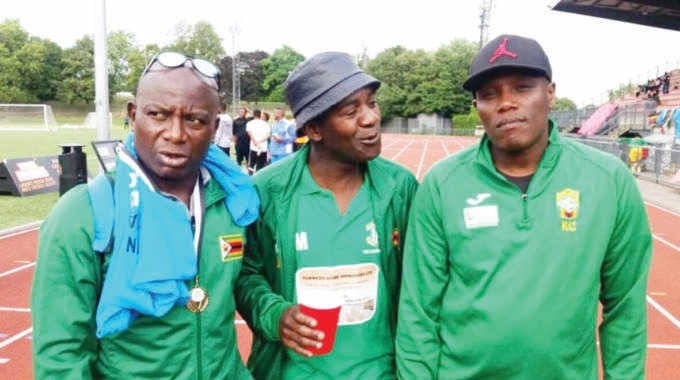 Mugabe died of cancer in the early hours of yesterday morning in Reading, England.

The former midfielder, who relocated to the United Kingdom at the turn of the millennium, was just a few weeks shy of his 53rd birthday.

Jere said the history of the club was dealt a big blow this year as Makepekepe continues to lose its stalwarts.

Ex-midfielder Butler Masango, who played for Makepekepe in the late 1990s, passed away in May. Said, Jere:

We are so devastated as the CAPS United family because Kode was a true legend who dedicated his career to the service of the club from a young age.

This has been a sad year for the club. It’s so sad we are mourning again, barely a month after we said our goodbyes to Steve Kwashi.

We have lost a number of our club luminaries this year like Kambani, Bwanya, Butler, Steve and now Joe.

Mugabe was co-captain of CAPS United alongside Silver “Bhonzo” Chigwenje when they won their first league championship, post-independence, in 1996.

At the time of his death, Mugabe was still involved in football development as chairman of the CAPS United Legends UK, a registered community organisation that is assisting in the growth of junior football in Zimbabwe.

He is survived by his wife Jennifer and three kids – Irene, Ashley and Alvin.