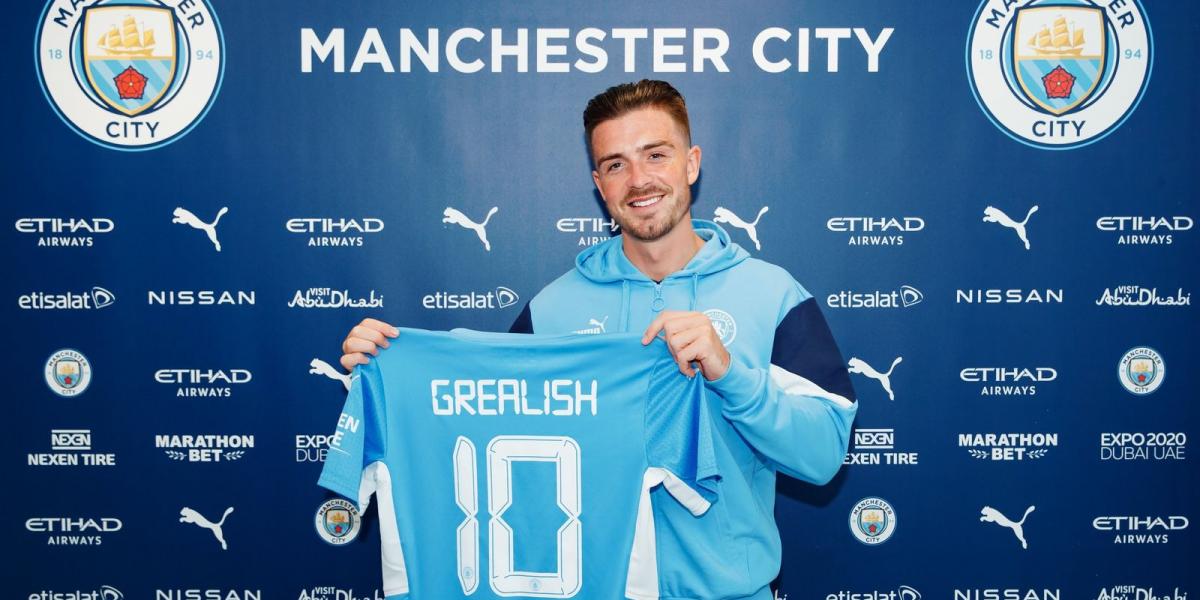 The 25-year-old midfielder joins on a six-year deal after Manchester City activated the release clause in his Villa contract on Friday.

The move eclipses Paul Pogba’s transfer to Manchester United for £93.25m from Juventus in 2016 and becomes the biggest in British football history.

Manchester City coach Pep Guardiola has been a long-time admirer of Grealish with the player leaving Villa having made 213 appearances over the course of eight seasons, scoring 32 goals.

Man City also confirmed Grealish will wear the number 10 shirt, which was recently vacated by the departure of long-serving striker Sergio Aguero.

On the announcement, Jack Grealish said he was “incredibly happy” to have joined last season’s UEFA Champions League finalists. He said:

City are the best team in the country with a manager considered to be the best in the world – it’s a dream come true to be part of this club.

Over the past 10 seasons, they have won major trophies consistently. Pep (Guardiola) coming here has taken them to the next level and the football this team plays is the most exciting in Europe.

To play for Pep and learn from him is going to be special and it’s something any top footballer would want.

The facilities are amazing, and I honestly can’t wait to get started, meet everyone and get playing.

Aston Villa Chief Executive Christian Purslow spoke to fans directly to explain the circumstances around Grealish’s departure via a live broadcast on VillaTV.

Purslow explained the release clause was inserted into the contract the player signed last summer with the agreement that if it was met by a Champions League club they would let him leave.

A number of clubs expressed an interest after the Euros, but all offers were well below the release clause.

Air Freshener with Dispenser
US $15.00 Harare
🧱 Building Material Available in and around Harare
Harare
Car radios
US $55.00 Bulawayo
Repair of Plastic water tanks
Harare
Laminator A4
US $70.00 Harare
Mandarin (Chinese) call in lessons
US $20.00 Harare
Pest control
US $10.00 Bulawayo
Mobile Barber
US $2.00 Bulawayo