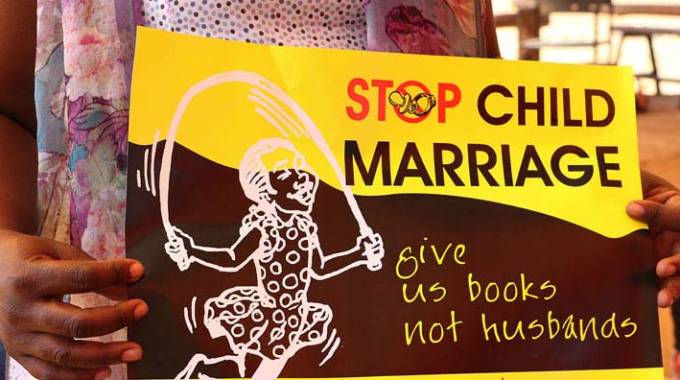 The family of a 14-year-old girl who recently lost her life during childbirth at an apostolic sect’s church gathering in Marange is reportedly planning to offer their nine-year-old daughter to their in-laws as her late sister’s replacement (chigadzamapfihwa).

Evans Momberume, the man who allegedly impregnated the girl, Memory Machaya, is still walking free, more than two weeks after the minor’s death.

Memory reportedly died around 9 AM on 15 July and was secretly buried two hours later.

The Manica Post has gathered that Memory was forced out of school while doing Form One in Mhondoro to get married to Momberume.

Memory, the last born child in a family of six, was having her first birth. She left behind a baby boy who is said to be in the custody of his father.

Efforts by The Manica Post to get in touch with Momberume were fruitless as no one had his contact details.

In a telephone interview with The Manica Post on Thursday, the Machaya spokesperson, a bitter Alice Mabika, confirmed her niece’s painful death.

Alice said she and Memory’s mother, Shy Mabika, were barred from entering the church shrine after their daughter’s burial.

The Mabika sisters said their daughter was denied medical attention at her hour of need.

Alice said from the information they obtained from Momberume’s sister (name not supplied), those who attended to Memory on the fateful day say she complained of a headache.

“Midwives” reportedly diagnosed that Memory had ulcers in the mouth and nose and went on to rub her mouth with salt while pouring paraffin into her nose. Said, Alice:

She died soon after delivering her baby boy and the church members went on to bury her without involving us.

After being notified about Memory’s death, her mother, a devotee of the church who had not attended the church gathering in question, went to the shrine in the company of her relatives.

The family spent the night waiting to be granted access but were barred from entering the shrine by the sect’s security team. Said, Alice:

When we arrived at the shrine around 2 pm, we were told to wait until the prayers were done at 6 pm.

The security team checked us around 7 pm, but they became evasive. Our pleas to be attended to fell on deaf ears and we had to spend the night in the open.

We remained resolute in our quest to see our daughter’s body, but the security details would not budge.

We even tried to engage the service of our relative who is in the police force in Chinhoyi.

We phoned him and he tried to talk to the church’s security personnel, but they refused to entertain him over the phone.

Alice said Memory’s mother is “devastated” by her daughter’s death and she is currently bedridden at her home in Kwekwe.

Meanwhile, pressure groups have demanded the arrest and prosecution of the church’s leaders and the man who impregnated Memory.

According to the Constitution of Zimbabwe, the legal age of consent for sexual activity is 16, while the minimum age for marriage is 18.