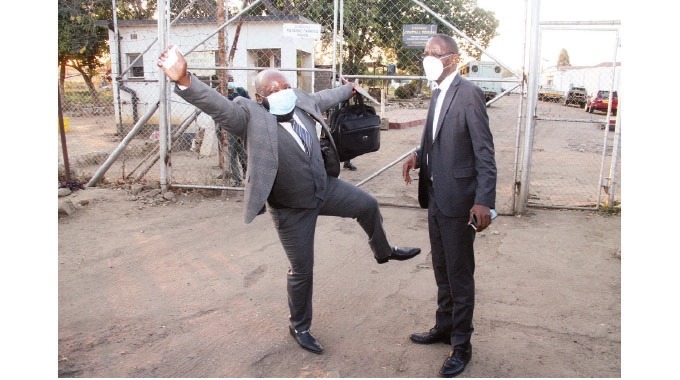 Former Bikita West legislator Munyaradzi Kereke (left) celebrates his release from Harare Central Prison in the company of his lawyer Professor Lovemore Madhuku after being granted $500 000 bail pending appeal against both conviction and sentence on 4 August 2021. — Picture: Kudakwashe Hunda

Outspoken Norton legislator, Temba Mliswa (Independent), has criticised the release of Munyaradzi Kereke from prison by the Supreme Court, saying it is doubtful the State even opposed bail and this smacks of Karanga tribalism.

He was on Wednesday granted $500 000 bail, coupled with stiff conditions by the Supreme Court, pending his appeal against both the conviction and the sentence.

Posting on his Twitter account, Mliswa claimed Kereke enjoyed rare privileges in prison, including conjugal rights, yet he destroyed the life of his then 11-year-old niece. Wrote Mliswa:

This is sad… why would you give a rapist bail? Is this yet one more of the many golden handshakes given to Kereke?

Shame on the Supreme Court on this one. Did the State oppose? PG, please respond.

The life of an innocent 11-year-old girl was shattered whilst this offender enjoyed cushy benefits and preferential treatment whilst behind bars.

So cushy in fact, he enjoyed conjugal rights and fathered a child whilst incarcerated in a blatant case of selective application of the law.

So when are we going to be serious about protecting the girl-child? Imagine the mental trauma she and her family feel at this news?

The Second Republic will pay dearly for this move which smacks of Karanga tribalism.

According to The Herald, Kereke, who was convicted of rape in July 2016, had 20 months to go before he was due for release after time off for good behaviour when he got the green light to prosecute his appeal out of custody.

His first appeal against conviction and sentence by a regional magistrate was dismissed on 29 May 2019 by the High Court which declined to grant him an automatic leave to appeal from the first appeal to the Supreme Court.

He then filed his appeal and so returned to the Supreme Court yesterday now seeking bail pending that appeal.

After hearing arguments from his legal counsel and the private prosecutor for almost three hours, Justice Hlekani Mwayera found merit in Kereke’s application and granted him bail, with the reasons for her decision to follow later.