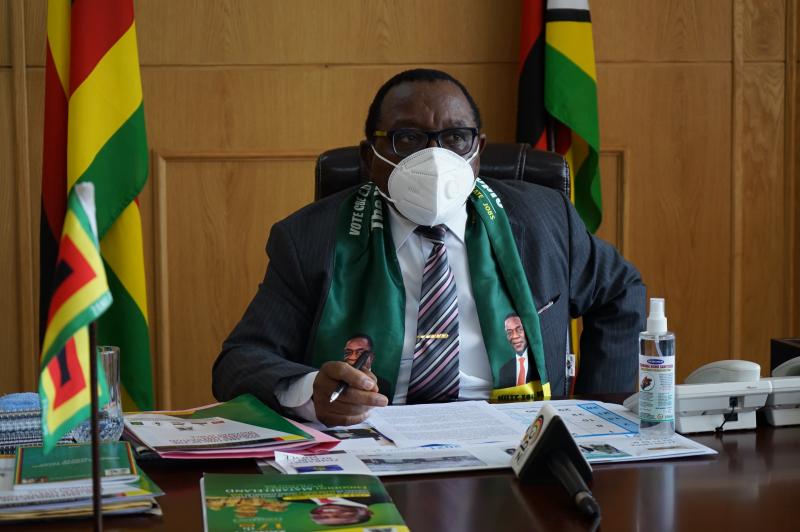 In a post on social media, Hwende claimed that that President Mnangagwa offered millions of dollars, cars, mines, farms among others to MDC-A leaders in a bid to destroy the opposition movement.

In a statement on Monday Mr Charlton Hwende of MDC Alliance claimed that His Excellency President E.D Mnangagwa and First Secretary of ZANU PF had made attempts to pay millions of dollars to MDC Alliance officials in an effort to destroy the party. Surely one wonders what weed Charlton Hwende smokes.

For some time, he has been quiet on the political scene but resurrected when President Mnangagwa had given out cars to Political Actors Dialogue leaders to use on development work.

Khaya-Moyo said it was not Mnangagwa’s problem that the MDC-Alliance had refused to join POLAD.

He said the cars were publicly provided to POLAD leaders so that they contribute to nation-building. Added Khaya-Moyo:

The MDC-A has nothing to offer to the people of Zimbabwe. As we battle to overcome the COVID-19 pandemic through mass vaccination and resuscitating the economy, let daydreamers like Chalton Hwende and the MDC-A continue in deep slumber.

They are used to receiving from donors as we know, ZANU PF has no such.

One Comment on ““We Wonder What Weed Hwende Is Smoking”, ZANU PF Responds To Bribery Allegations”