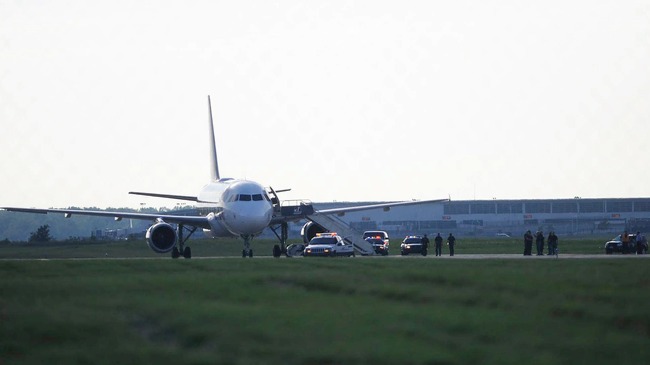 File photo: A 22-year-old Frontier Airlines passenger was duct taped to his seat after he allegedly groped the breasts of two flight attendants and assaulted another. Picture: AP

A 22-year-old American male passenger aboard a Frontier Airlines plane was duct-taped to his seat after he allegedly groped the breasts of two flight attendants and assaulted another.

The man, who has been identified as Maxwell Berry, was arrested on 31 July. He was on a flight from Philadelphia to Miami.

According to the Washington Post, he was arrested on three counts of battery, but federal felony charges were unlikely.

Watch the video below shared on Twitter by ABC News’ Sam Sweeney as Berry throws a tantrum on board:

Frontier Airlines said in a statement that the passenger needed to be restrained until the flight landed in Miami and law enforcement arrived after his attack on the flight attendants. It said:

Frontier Airlines maintains the utmost value, respect, concern and support for all of our flight attendants, including those who were assaulted on this flight.

We are supporting the needs of these team members and are working with law enforcement to fully support the prosecution of the passenger involved.

The inflight crew members’ current paid leave status is in line with an event of this nature pending an investigation.