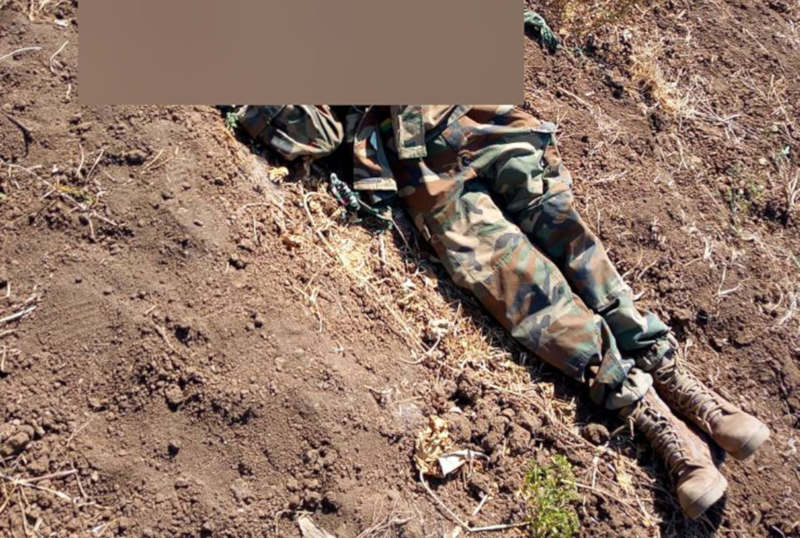 Clemence Moyo, a soldier and member of the Zimbabwe National Army (ZNA) was heavily assaulted and stabbed to death in Kadoma over a bar lady.

Reports suggest that on July 25 Moyo went to a local bar in Kadoma around 7 pm to drink beer, he saw Lydia Zhou a bar lady and proposed.

Zhou turned the soldier down and the two suspects Silas Siyamusimbe (26) and Johanese Twalidi (24) arrived and started pushing Moyo away.

They assaulted him with open hands and Siyamusimbe broke a bottle before stabbing Moyo in the neck.

Prosecutor Tafadzwa Vhore said the soldier fell down and died on the spot.

The duo vanished after the mob surrounded the dead body and were later arrested.

The assailants were dragged to Kadoma magistrates courts on Monday for allegedly killing Moyo.

Magistrate Shingirai Mutiro did not ask them to plead to a murder charge and remanded them in custody to August 13.