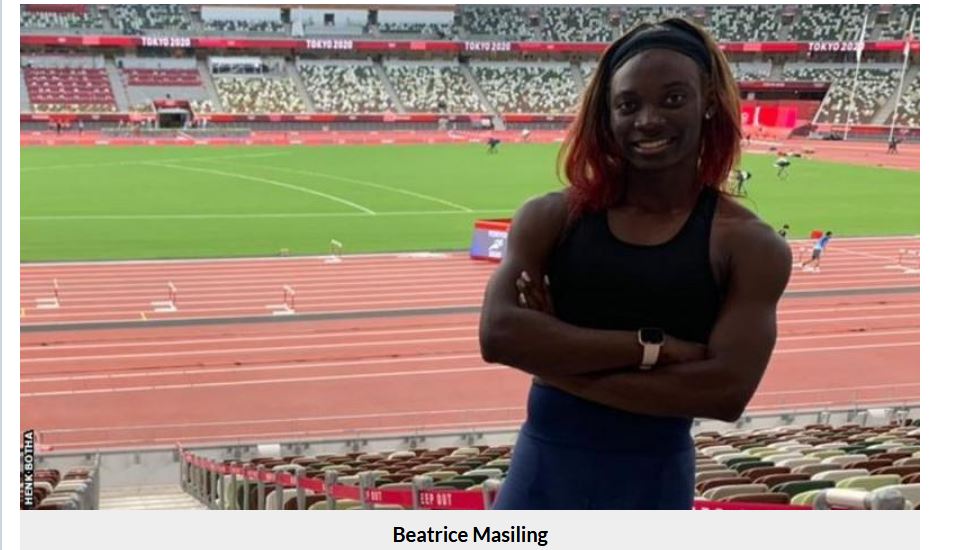 Namibia’s Beatrice Masilingi says she was extremely disappointed when she was informed by World Athletics that she would not be able to compete in the 400m event at the Tokyo Olympics Games due to high levels of testosterone.

The 18-year-old says it was unfair for authorities to tell her now that “she was not a woman.”

She is, however, now thrilled to be competing in the women’s 200m when the heats begin on Monday but the 200m is only a second choice.

Beatrice had been preparing to compete in the 400m in which she was a genuine medal contender after setting the third fastest time this year of 49.53 seconds. She told BBC Sport Africa:

In the beginning, I was very down, you can’t come and tell me now I am not a woman. That is really frustrating and gets me on my nerves but there’s nothing we can do about it at the moment.

It was very disappointing, it was very upsetting as well, I was looking forward to my first Diamond League when I saw the news.

Masilingi and her training partner Christine Mboma, who is also affected by the rules, are now preparing for the 200m. The duo’s coach Henk Botha said:

Semenya said she was very disappointed by this ruling, “but refuse to let World Athletics drug me or stop me from being who I am.”