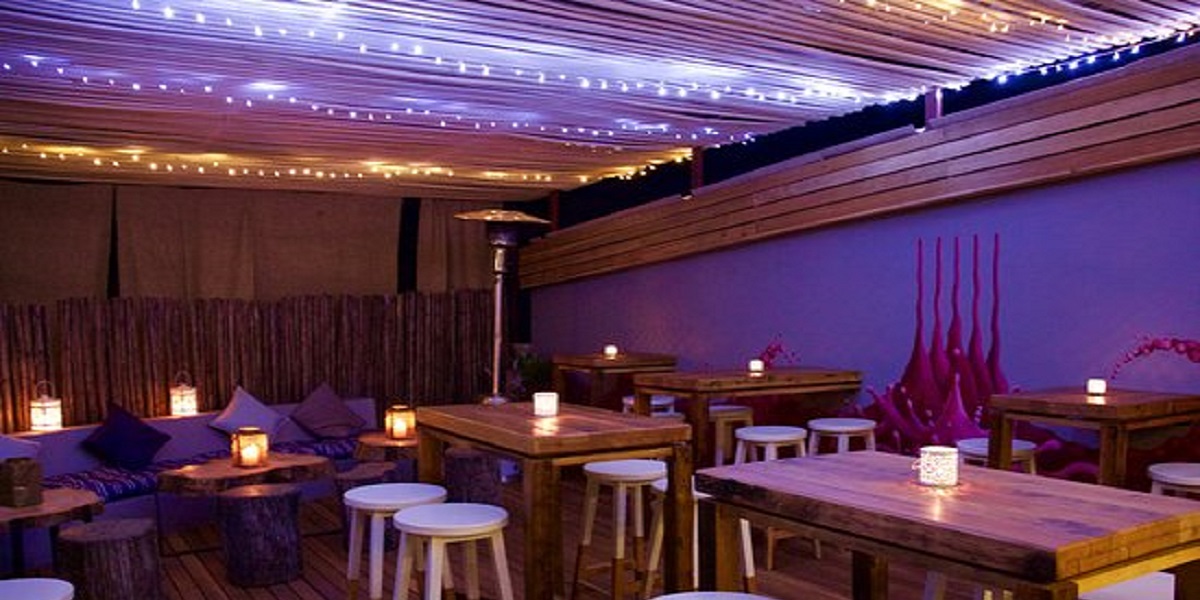 Jam Tree, a top local restaurant that is based in Harare, has denied reports of racism at the Mt Pleasant eatery. This comes after a black couple was reportedly attacked racially by a white manager.

Nyari Munda, a Harare man who was allegedly attacked wrote a long complaint exposing the abuse he suffered at the hands of an unnamed white manager. Taking to Facebook Nyari wrote;

Yesterday my wife and I went to get food at this establishment (Jam Tree), and on getting there, we asked if we could park in the back car park by the golf course whilst we wait for our food. The waiter told us it was okay and we should park in the usual spot.

We drove there and parked on the grass literally three metres away from the owner’s car. There was a gardener there watering the grass and he didn’t seem to have an issue with where we parked.

To my surprise, this white South African guy (the owner), came from nowhere and started yelling at us for parking on wet grass. The guy called us dumb, stupid and all sorts of derogatory words.

I urged him to communicate properly since we are regular customers of over 8 years, and we are here to promote his business. He jumped right back into a crazy fit and said we don’t need people like you supporting my business.

The guy was so heated at some point I thought he wanted to fight me. He kept pulling crazy faces, taunting me, storming away then coming back as if he’s about to fight. Once again I kept calm and watched this mad man talk to us like we are worthless.

I apologised again and cautioned him to address clients nicely but he wouldn’t have it and started with the insults again. He then stormed into Jam Tree, where we heard him yelling at the workers at the top of his voice.

Soon after the waiters including the chef rushed to the car park and started apologising on this guys behalf. They begged us to stay but at this point, we were fed up. Even the gardener was shocked at this guy’s conduct but he just watched in amazement.

He openly shouts at his workers in front of guests and uses a lot of racist derogatory statements. A year and half ago the same guy told me to f*** off when I complained about my meal. I threatened to go to social media and he said ‘it’s people like you we don’t want here’…

He has no respect and he thinks this is South Africa. The workers always look terrified when he’s around and he talks to them like dogs. Jam Tree was a better place before this new management took over.

After 9 years of being a loyal client, I don’t think I’ll ever go back there again.”

Jam tree issued a statement apologizing to Nyari and his wife. They confirmed that the incident did happen but denied that it was a racist attack.

Jam Tree’s apology statement, however, backfired as some social media users accused the restaurant of being overly racist adding that Jam Tree operated a whites-only secluded section where blacks are barred from accessing.

Some went as far as advocating for the posh restaurant to be cancelled. We present Jam Tree’s statement.

To all our loyal customers,

As most of you are aware, there has been a post circulating on social media in which one of our managers has been accused of racism. Of course, when something like this happens, there is not a clear path to response as it is a very sensitive subject in today’s society.

The first thing we would like to put out there Is whilst the owners of Jam Tree acknowledge that an incident took place, we vehemently deny it was a racist attack in any way.

The manager in question has been uplifting staff in the industry by giving free bartender flaring lessons every week since he joined us. Most importantly. We would like to strongly emphasize that we are not racist. We, however, will work tirelessly to make sure there’s mutual understanding between management and patrons.

We also sincerely apologize to Nyari and his wife for the unfortunate event.

Some of the comments on the incident:

Hon Dep Minister Tino Machakaire in our nation we have such racism whilst we are advocating for the opposite. How can we have someone leave their country, we give them business in ours, and they treat us like rubbish. Toivaka sei nyika yacho pakadai. (How will we build the nation?)

Whites only section was a long tym ago bhutta ,if we r beneath u go to ur country wena.

This is Zimbabwe we have no room for racism
#NoToRacism

We died for this country shamwari (friend) and u now dealing with ghosts. We will deal with you. You are superior in yo own world not here