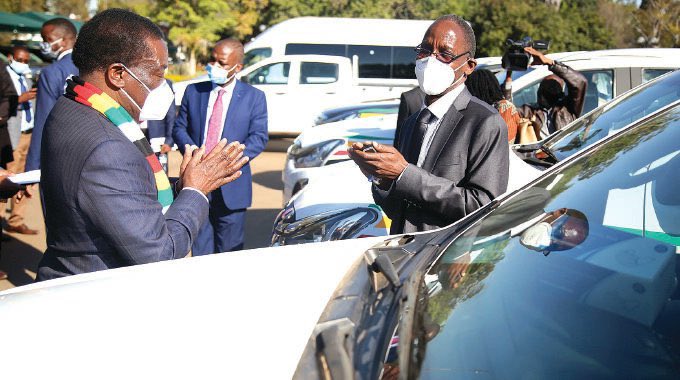 National Constitutional Assembly leader Lovemore Madhuku says he has no qualms receiving a vehicle from President Emmerson Mnangagwa as he is a Political Actors Dialogue (POLAD) principal.

Madhuku was among the 19 POLAD officials who were given cars by Mnangagwa at State House yesterday.

Responding to exiled former cabinet minister Jonathan Moyo who had criticised him for accepting the “wages of treachery”, Madhuku said the car was not a personal gift from Mnangagwa but was from the government. Said Madhuku:

I support the Polad approach. I will use the vehicle to spread the Polad philosophy and build the NCA. The vehicle is not a personal gift from the President: it is from the Government. For the NCA it is the first form of support we have received from the State. We welcome it.

In response to journalist and filmmaker Hopewell Chin’ono who had asked how he “would happily receive a car from Mnangagwa for doing nothing else than helping Mnangagwa continue to repress us” when “Chitungwiza Hospital doesn’t have an ambulance”, Madhuku said:

POLAD is a dialogue platform created by Mnangagwa following calls for the need for dialogue with the opposition to find solutions for the country’s problems.

However, not all participants in the 2018 presidential elections joined POLAD, among them Nelson Chamisa, who polled over 43% of the vote, former Vice President Joice Mujuru, and former Industry and Commerce minister Nkosana Moyo, among others.