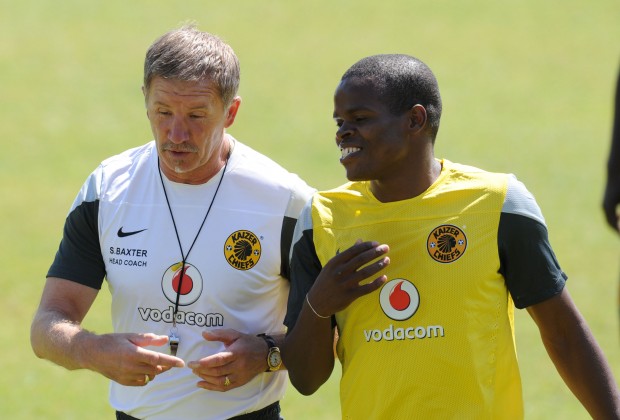 Kaizer Chiefs coach Stuart Baxter believes Willard Katsande will be deserving of a role at the club when he hangs up his boots.

Katsande will not continue playing at Chiefs with his last appearance having come in the CAF Champions League defeat to Al Ahly a fortnight ago.

The 35-year-old Zimbabwean averaged 32 appearances per season through the 10 years that he played for Amakhosi after arriving as a surprise signing from Ajax Cape Town.

In total, Katsande made 326 appearances across all competitions to become the club’s most-capped foreign player after ten years.

Amakhosi have indicated their readiness to offer Katsande a job within the club structures subject to him being interested should he decide to quit playing football. Baxter told the media:

I am sure Willard will still have a role with Kaizer Chiefs because he has been an icon at the club, the same as the day that Itu [Khune] wants to hang up his gloves.

I am sure there will be a job for him because he is an icon at the club. Willard has been a warrior for me.

He has been a great player for me, and he has been one of those players that can be an example to other South African players because he has made himself into a player.