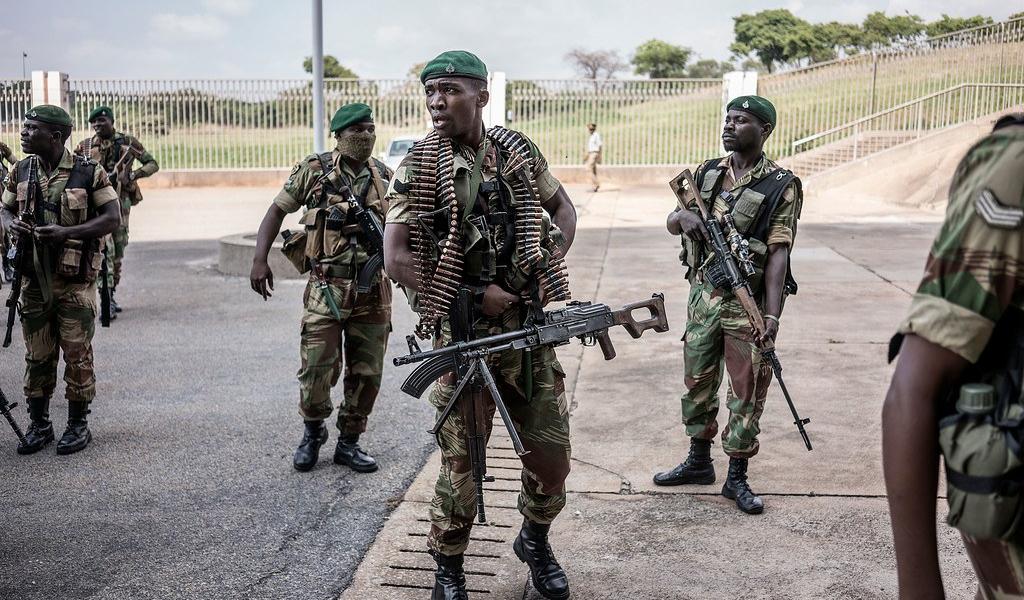 Soldiers told NewZimbabwe.com on Thursday that they were turned away from their workstations on account of having not been vaccinated.

A soldier based at Llewellin Barracks in Bulawayo who declined to be named in the report said:

Today (Thursday), I was off duty and went to work hoping to see a workmate but I was denied entry at the main gate because I am not vaccinated.

I was surprised because the issue was never communicated to anybody through a formal circular as is usually the case on such issues.

Now that vaccination is now compulsory, I am forced to get vaccinated.

Another unvaccinated soldier was denied entry at the same institution. Speaking on condition of anonymity for fear of victimisation, he said:

When the vaccination programme started I was on leave. I reported for work I was told to vaccinate or go back home. I do not know why they are forcing us to vaccinate against our will.

NewZimbabwe.com said efforts to get comments from ZNA spokesperson Alphios Makotore were fruitless as his mobile phone went unanswered.

This comes as several government departments and quasi-government are now forcing their workers to vaccinate against the pandemic.

Some of the parastatals that have forced their workers to vaccinate include the Grain Marketing Board (GMB) and TelOne.

One Comment on “Army Bars Unvaccinated Soldiers From Barracks”