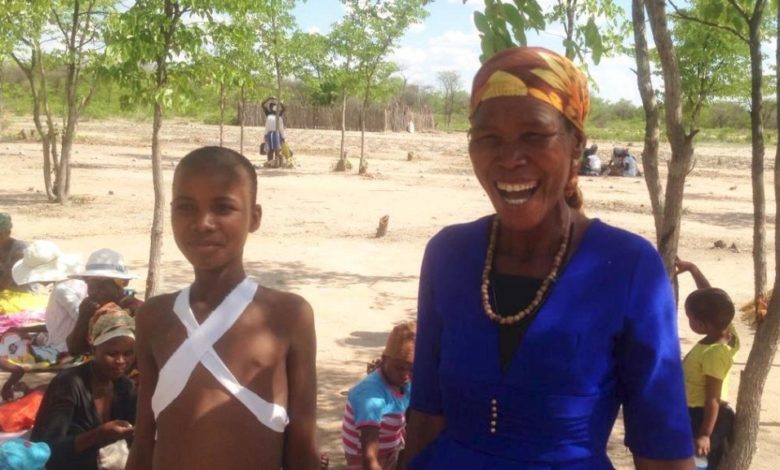 Members of the San Community in Tsholotsho

The government has been urged to fulfil its promise to improve the welfare of members of the San Community in Tsholotsho District, Matabeleland North Province.

A government delegation recently visited the community to have an understanding of the challenges faced they are facing.

Following the visit, a report was recently presented before cabinet which instructed various government ministries to address the challenges faced by the community.

We are very happy and the community members are happy too. The fact that the ministers actually came to meet the people is a huge step, it shows commitment.

At least the people got to speak for themselves and told the government their challenges and what they need.

Of course, we have been meeting the government on behalf of the people but the impact is totally different when the people speak for themselves.

We commend the Cabinet for approving the people’s requests. Right now we wait for results. We expect to see them fulfil their promises.

Minister of Defence and War Veterans Affairs, Oppah Muchinguri-Kashiri, in her capacity as the Chairperson of the Ad-Hoc Inter-Ministerial Task Force, recently said cabinet had instructed various government ministries to address the challenges faced by the community. She said:

The Cabinet received a report on a Government delegation’s visit to the San Community in Tsholotsho District in Matabeleland North Province.

Cabinet has thus directed that every Ministry should identify and take up a developmental role in areas inhabited by the San/Tjwao communities and that two or three primary and an equal number of secondary schools be set up as boarding institutions in areas easily accessible to San/Tjwao communities, in order to enhance school completion rates…