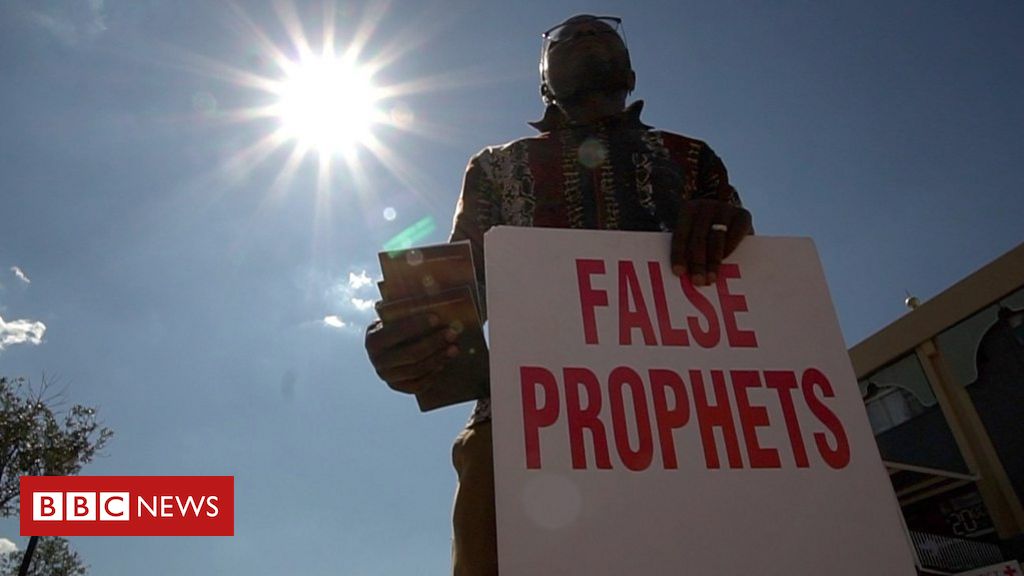 A 42-year-old Chitungwiza woman lost all her property and cash to a self-proclaimed prophet during a healing session on Sunday.

Lolleen Nengomasha of Zengeza invited a stranger only identified as Madzibaba Tatenda believed to be a faith healer to her house following prophecies she received concerning her headache.

She told H-Metro that Madzibaba Tatenda drugged her along with her minor child so that they slept until the following afternoon giving the latter time to get away with her belongings.

Nengomasha said she lost blankets, clothes, electrical gadgets, groceries, cellphones and cash amounting to US$300 among other valuables to the prophet.

She reported the case under CR245/7/21 at St Mary’s Police Station and Madzibaba Tatenda is reported to be on the run.

Narrating her ordeal to H-Metro, Nengomasha said she had a terrible headache on the day that she invited the prophet to her home. She said:

I am yet to know how this madzibaba got my contact number and sent prophetic messages in line with my headache.

He asked for directions and I regret inviting him to my house for prayers.

Nengomasha said Madzibaba Tatenda suggested that he would visit her at dusk, and during the prayers, he mixed ash with some drink and ordered her to gulp the concoction. She said:

He is the one who suggested coming at 6 pm and brought dota raaiti nderepamazambara.

It was mixed with something blue in colour and I was ordered to drink an unidentified liquid together with my child.

I felt dizzy and slept soon after the prayers and drinking the liquid. I only regained consciousness the following day around 3 pm.

That was the time we discovered that the house was empty zvekutakura nenyama yaive mu fridge.

As we speak I am yet to gain energy and I’m experiencing disturbances in my stomach due to the liquid.

Some neighbours informed me that he has been doing this for some time and claims to be based in Unit N while others say he lives in Chisipiti.