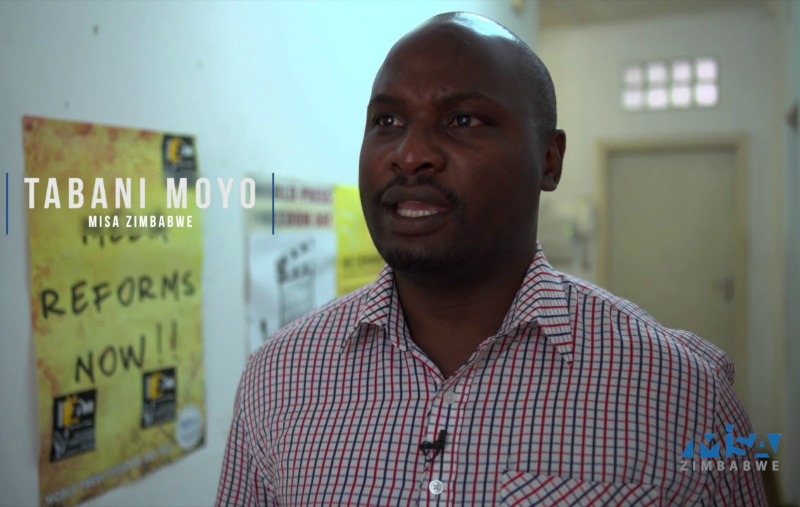 Media lobby groups have expressed concern over the potential abuse of the Cyber Security and Data Protection Bill by the government to stifle people’s right to information.

The Bill was passed by the Senate without debate on Wednesday and now awaits President Emmerson Mnangagwa’s assent to become law.

Media Institute of Southern Africa (Misa) Zimbabwe director Tabani Moyo said his organisation made several recommendations to unbundle the Bill which were ignored. He said:

We are concerned as Misa Zimbabwe with the pro-security approach towards Cyber Security Bill and in our submissions, which tally with the contributions from the public consultative meetings, there were issues, specific recommendations, that they need to unbundle that Bill so that it does not lump complex issues together. They are lumping electronic transactions, cybersecurity and data protection.

Secondly, we were concerned about the issue of creating a monster institution, where Potraz [Postal and Telecommunications Regulatory Authority of Zimbabwe] became the horse of Potraz itself, data security centre, authority, there is a cybersecurity crime centre and so forth.

This compromises the security of data and creates massive surveillance in society. The issue of remote logging keys, the issue of our failure to feel the whistleblowing protection, among other things.

Those issues, we were still pushing them back and advising the Lower House to attend to those issues that have been raised by the public as reflected in the portfolio commit report on what the public had recommended.

The public had recommended exactly what I said, unbundle them, and do not merge these institutions, the cybersecurity centre, data authority and Potraz. Keep them separate so that you don’t make people’s data vulnerable.

Of course, the cybersecurity centre is a military arm and you cannot lump it together with Potraz because it has access to the back end of mobile network operators which have conventional data for everyone in the country.

Moyo said he hopes that the Bill that has been passed reacts to the need to have a pro-human rights approach toward the regulation of cyberspace.

Voluntary Media Council of Zimbabwe executive director Loughty Dube had this to say:

The law is more dangerous to journalism where sources, often protected by the law, will no longer be able to give information knowing they are being snooped at.

Once signed into law, it will regulate the use of the internet and social media activities to curb computer crimes such as the spreading of pornographic content, and other internet-related fraudulent activities.

It will prescribe a 10-year sentence for hate speech at a time when some Zimbabweans have, in the past, been arraigned before the courts for denigrating the President.

The campaign was initiated by Women and girls’ rights organisation, Tag a Life International (TaLI), in partnership with Fojo Media Institute, Identities Media TV and the Ministry of Information, Publicity and Broadcasting Services.