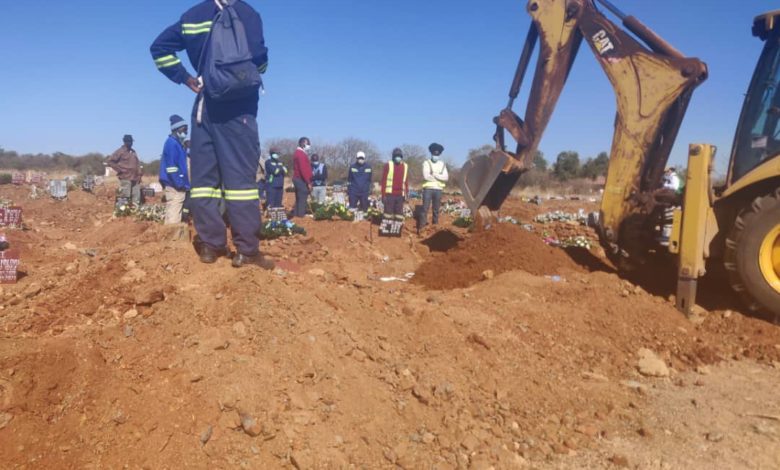 A family in Emakhandeni, Bulawayo, was forced to exhume the purported body of a family member following a mix-up involving the dead body of a suspected COVID-19 patient.

The mix-up was done at Exodus Funeral Parlour in the city.

Ntombiyolwandle Magagula, nee Phiri (74), died on Sunday night after a long illness and burial was expected at Luveve Cemetery.

The other body involved in the mix-up was that of Annah Ndlovu (77) who is said to have succumbed to COVID-19.

The matter came to light when the Magagula family went to claim their body for burial only to discover it had been collected by the Ndlovus and buried at Athlone Cemetery on Tuesday.

Magagula’s body was exhumed on Wednesday.

But when they went to Luveve Police Station to notify the police of Magagula’s death, the police reportedly contacted Exodus to collect the body. Said Dube:

We have a policy with Kingdom Blue, when Ntombiyolwandle (Magagula) died her children went to Luveve police station to report, the police said they did not have contacts for Kingdom Blue Funeral Parlour and they contacted Exodus to collect the body.

Janet Magagula said when they went to collect the deceased’s remains the following day at Exodus, they were charged US$280.

Magagula added that they could not lay the blame on Kingdom Blue as they were not involved in handling the bodies.

The exhumation process took place at Athlone cemetery after all other funeral services which were scheduled for the day at the graveyard were over.

After the exhumation process, the body was taken back to Kingdom Blue where the family positively identified Magagula.

Meanwhile, the Ndlovu family representative Sibongile Ndlovu said their relative had died of COVID-19 and due to regulations, could not conduct body viewing.