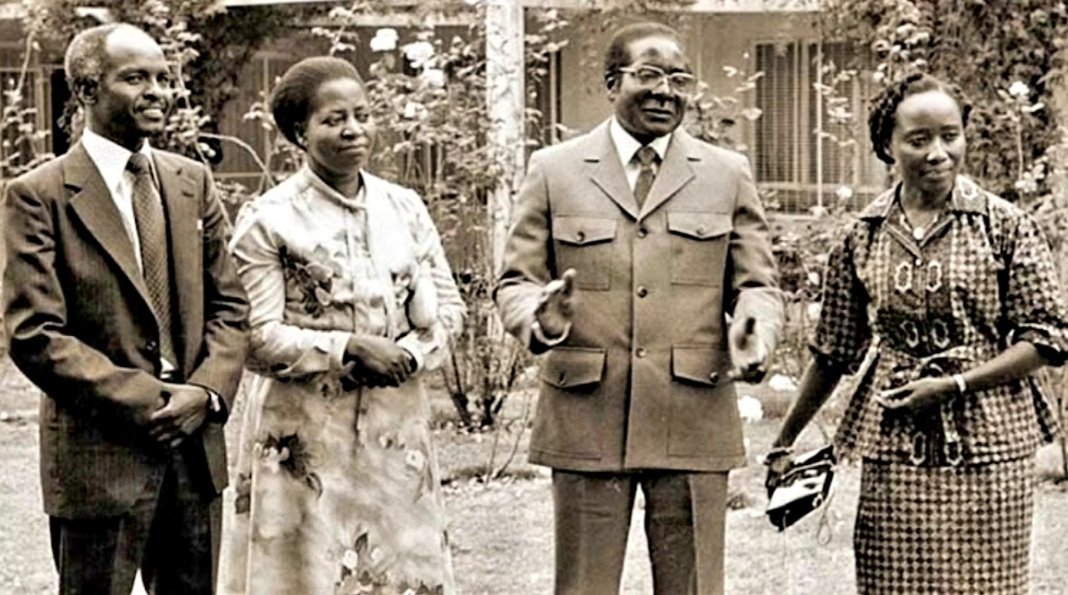 Janet Mbuyazwe Banana (second from left), Zimbabwe’s founding first lady from 1980 to 1987 who was married to the first ceremonial President Canaan Banana, died on 29th July 2021. Banana died in 2003.

Janet Banana, the widow of the late former President Canaan Banana will be buried beside her husband at the family homestead.

Family spokesperson, Nathan Banana said his mother will be buried at the family rural home as she requested to be buried next to her late husband. Said Banana:

This was my mother’s request when she died, that she be buried alongside our father in Bembe. The burial will be perhaps next week, we are yet to decide as the family.

Mourners are gathered at number 99 Luveve in Bulawayo.

Mrs Banana died at Mater Dei Hospital in the early hours of Thursday morning, at the age of 83, after suffering a stroke two weeks ago.

Banana said his mother, Mrs Banana had been unwell for some time.

He said she had five children, but two had died one of them being Michael, who passed away last week.

Banana said he believes that her stroke could have been caused by her not being able to bury her son, who was buried in the United Kingdom, due to COVID-19 restrictions.

Meanwhile, in his condolence message to the Banana family, President Emmerson Mnangagwa announced that the late former first lady had been accorded a State-assisted funeral.

Janet Banana To Be Buried Next To Her Husband