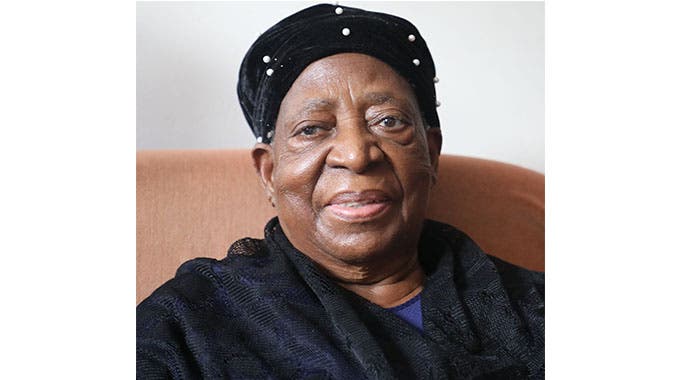 Janet Banana, the widow of the late former president, Canaan Banana has died. She was 83.

Family spokesperson, Nathan Banana told Chronicle that his mother, the late Mrs Banana, had been unwell for some time. He said:

She was having problems with her kidneys for a long time; for over four years. But more recently, about two weeks ago, she had a minor stroke and was hospitalised and had been struggling to recover after that stroke. This is what was the main cause.

He said she had five children, but two had died one of them being Michael, who passed away last week.

Banana said he believes that her stroke could have been caused by her not being able to bury her son, who was buried in the United Kingdom, due to COVID-19 restrictions. He added:

She had five children, but two have died, one passed on last year, that is Michael. And I think part of the stroke was a result of the pain because she didn’t get a chance to actually see him being buried or visiting his resting place and this affected her quite a lot. This was because of the COVID-19 restrictions on travelling.

Banana was married to Zimbabwe’s first president, Canaan Banana, whose office was largely ceremonial as the Prime Minister at the time, Robert Mugabe, exercised executive powers. Banana was president from 1980 to 1987.

I’m angered by the fact she died a pauper, once again another example of Govt not looking after our National Heroes’ wives.

After the immense contribution, her late husband made to the country, regardless of anything, she died a destitute in Luveve.

I thought the Second Republic would address issues neglected by the First Republic and it’s about time we’re able to move motions in Parly to this effect.

Govt must account for the welfare of all National Heroes surviving spouses and families.

Last year in November, she lost her son, Micheal and now her. My condolences to the entire Banana family. MHDSRIEP.