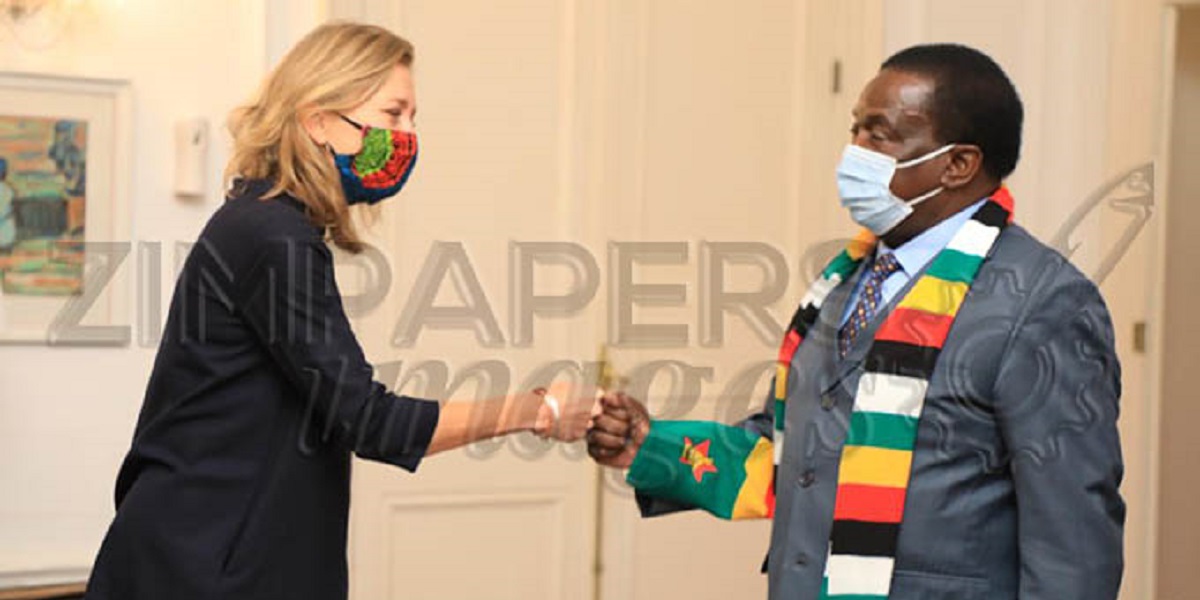 The Herald reports that Ms Barbara van Hellemond praised the Second Republic for reaching out to all countries in its re-engagement drive.

Speaking to journalists this morning, Ambassador Hellemond also described the Southern African country as a peaceful community. She said:

I was posted here four years ago, I have the restarting of the re-engagement process, the Netherlands, the EU and Zimbabwe have reengaged with dialogue intensifying.

In 2018, Hellemond challenged Zimbabwe to work on values such as the rule of law and anti-corruption before her country can trust it with investments.

She also said Zimbabwe needed a stable economy adding, however, that her mandate was to build trust with Zimbabwe as a nation.

The Netherlands is one of the countries that criticised the government over the treatment of MDC Alliance activists Joana Mamombe and Cecilia Chimbiri by Zimbabwean courts.

The duo had been arrested and detained over charges of breaking COVID-19 regulations.

The Dutch Embassy said the activists’ case reflected the selective application of the law in Zimbabwe, “as reported by local Human Rights organizations.”

Ms Barbara van Hellemond was deployed to Zimbabwe in 2017 and on 25 October of that year, she presented her Letter of Credence to then-President Robert Mugabe.