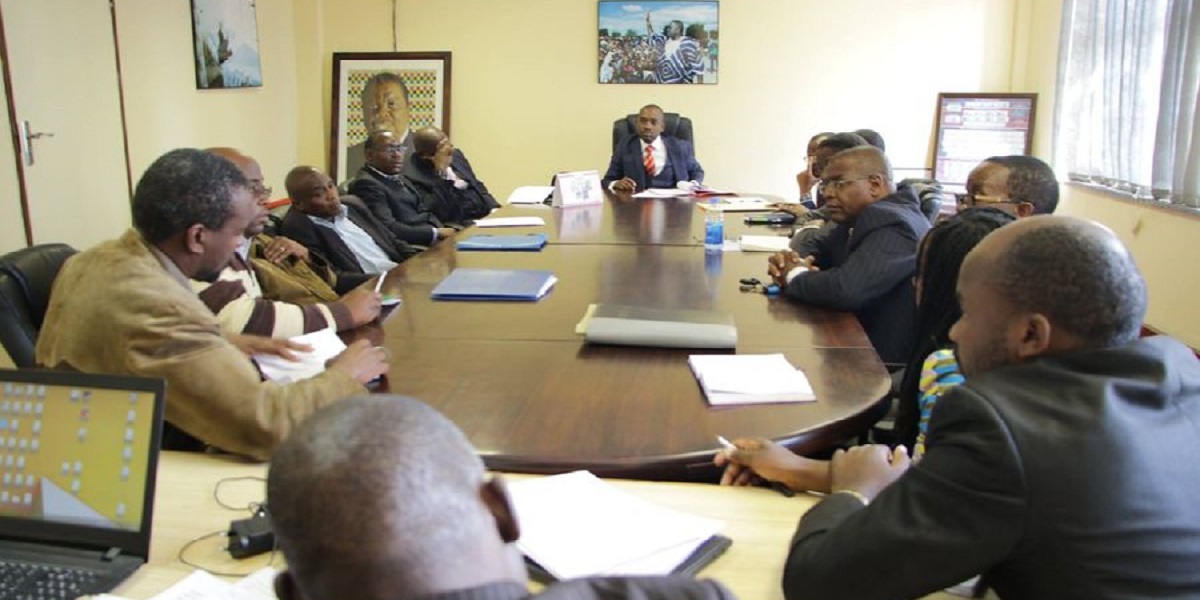 Opposition MDC-T led by Senator Douglas Mwonzora has been expelled from the MDC Alliance that was formed in 2017 against President Emmerson Mnangagwa’s Zanu PF in the 2018 elections.

The alliance had seven parties, some have since pulled out. There has been a wrangle between MDC-T and MDC Alliance led by Nelson Chamisa over the name MDC Alliance.

Mwonzora’s side has been arguing that MDC Alliance is not a party but an amalgamation of several parties including MDC-T while Chamisa’s side has been saying the alliance has since morphed into a party.

RE: EXPULSION OF MDC T FROM MEMBERSHIP OF MDC ALLIANCE

We make reference to the above-stated matter:

The MDC Alliance Principals- signatories to the agreement signed on 5 August 2017- unanimously agreed to expel MDC T from the membership of the alliance as you were found to be in complete disregard of the letter and spirit of the composite agreement as you brought the name of alliance into disrepute.

The expulsion is based on the following reasons, among others:

1 The MDC T fielded a presidential candidate, MPS, Senators and Local Government candidates in 2018 in total disregard of the 3.0 Non-Compete Alliance Principles.

2 You are masquerading as the head of the Alliance without in any way discussing, consulting, or even updating your Principal colleagues.

3 You unilaterally recalled MDC A members of Parliament, Senators and Councillors without consulting or updating the fellow Principals, remember the legislator’:etc carry our name.

4 You received the Political Parties Finance from government in the name of the Alliance up to now the Principals are in the dark concerning the goings-on about the issue.

5 You held talks or paid a courtesy call (as you put it) on the Head of State yet had no courtesy to update your fellow colleagues of such a defining moment if the content we see in the press is anything to go by, you have taken the Alliance Principals, and Alliance Support base and the entire Zimbabwean electorate for granted. According to the agreement, it is not automatic that the MDC T is the President of the Alliance and candidate as it is the prerogative of the Principals, as we still need to follow the criteria as laid out in the agreement. The expulsion is with effect from tomorrow Tuesday 13 July 2021 at 8 am.

On Behalf of the bleeding hearts of other Principals.