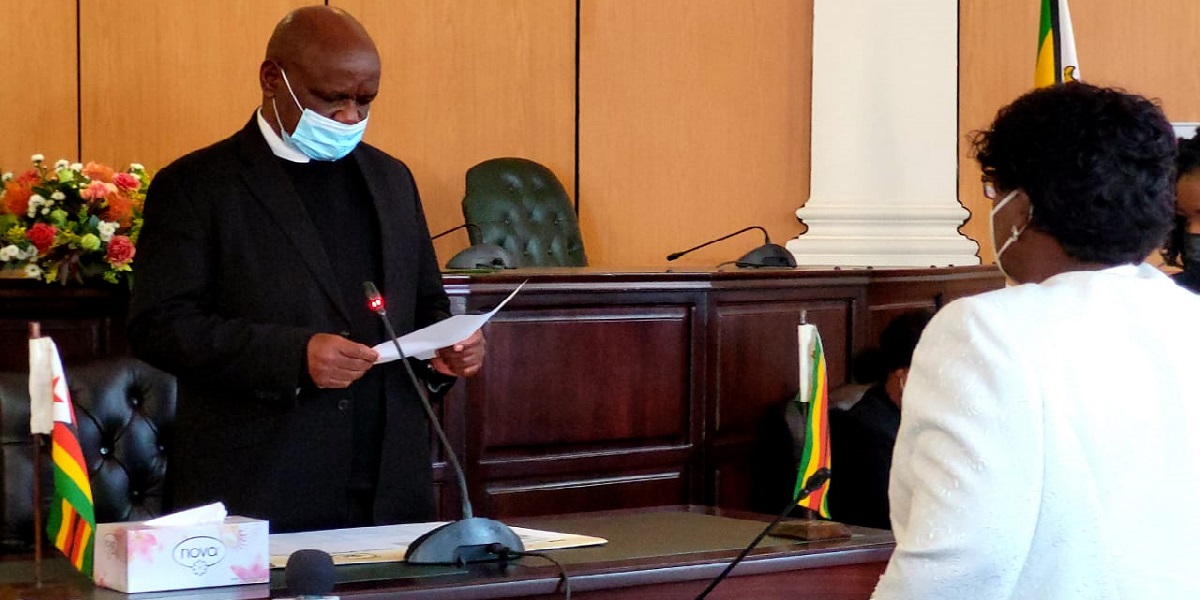 Chief Justice Luke Malaba has sworn in Justice Mary Zimba-Dube as the new Judge President and a member of the Judicial Service Commission.

The new Judge President Maria Zimba-Dube took the oath of office and expressed her gratitude to President Mnangagwa for showing confidence in appointing her to the top High Court office.

Chief Justice Luke Malaba, who was found by the High Court in May to be in office illegally, before appealing, conducted the swearing-in ceremony at the Constitutional Court in Harare.

Justice Zimba-Dube becomes the second woman to occupy the top High Court office after Justice Rita Makarau, who was first promoted to the Supreme Court and then, in May this year, was one of the first five judges appointed to the Constitutional Court.

Justice Zimba-Dube was appointed to the High Court bench in 2011 after serving as president of the Administrative Court since 2004.

On June 29 this year, she was appointed Acting Judge President when Justice Chiweshe moved up to the Supreme Court to fill one of the vacancies created when the Constitutional and Supreme Courts were split.