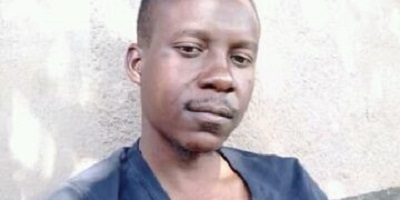 A Zimbabwe National Army (ZNA) fitness instructor, Tafadzwa Mashingaidze, has been identified as one of the five people who drowned when a boat they were sailing in capsized on Lake Kariba on Friday morning.

The incident occurred around 4 am when the vessel hit turbulent waters, stirred by strong winds, near Ndomo fishing camp.

Mashingaidze was reportedly in the company of his two unidentified ZNA workmates, and five others when tragedy struck at dawn.

The police subaqua unit, ZNA Boat Squadron, with the help of locals, on Friday, managed to retrieve the body of a woman believed to be a fish dealer.

Speaking to NewZimbabwe.com, the boat’s coxswain, Clever Muvengwa, revealed that the mishap occurred when the boat was hit by a heavy water current. He said:

We were eight of us on the boat. Tragedy struck when a high wave hit us and water started flooding the boat which immediately went underwater.

I and two of the soldiers held onto life jackets which is why we survived. Tafadzwa (Mashingaidze) and a local woman whom l only know as Fay, as well as Noah Mwindo who was holding his child and another male adult, all drowned.

According to reports, divers reached depths of over 30 metres, without a trace of the four missing persons.

The search for the missing four bodies is still in progress and neither the Zimbabwe Republic Police (ZRP) nor the ZNA has given details about the accident.