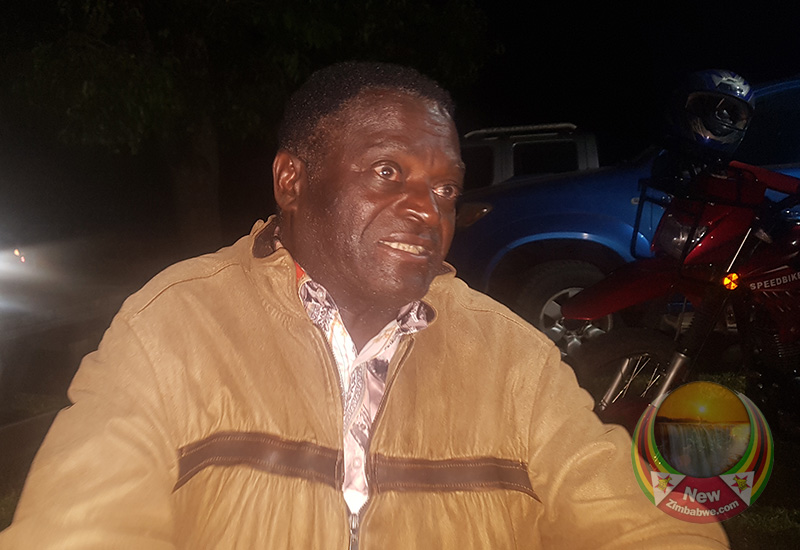 Chief Chiweshe, born Matthew Chitemamuswe, has accused Chinese nationals in Zimbabwe of being behind the massive looting of the country’s mineral resources.

The traditional leader also accused the Chinese nationals of taking Zimbabwe for granted because of the Asian country’s role in Zimbabwe’s war of liberation and loot its vast mineral resources including chrome and gold.

He was speaking to journalists on Saturday after a media tour of Mavuradonha Wilderness where a Chinese mining company, Afrochine, had been allowed by the government to mine chrome ore at the heritage site.

Chief Chiweshe said the Chinese are operating just like MaShurugwi, the name for illegal gold panners who move from place to place carrying machetes and engaging in violence and in some cases armed robbery. He said:

The Chinese are just behaving like MaShurugwi, look at where these MaShurugwi are. All the local councils where the MaShurugwi operate are poor as they do not pay any taxes.

The world-renowned Mavuradonha is a World Heritage Site “nominee” and the local community view it as a sacred place where their ancestors and spirits reside.

We are in defence of our mountain range, we will eventually see if and how the resources underground will be protected.

They do not even recognise local communities or chiefs in the areas they operate. The law is not doing anything.

We do not know if this is how they behave in their country.

The traditional leader pleaded with the government to vet Chinese investors in order to prevent “crooks” from coming into the country. He added:

We implore those inviting these Chinese to invite genuine Chinese people not these crooks.

They are now taking advantage of the role they played in liberating Zimbabwe.

They must follow the law, not this behaviour based on what they did for us.

The extraction of chrome in the area is already affecting water supplies for animals in the conservancy as the water was no longer flowing in the rivers, according to George Seremwe who runs Mavuradonha Wilderness.