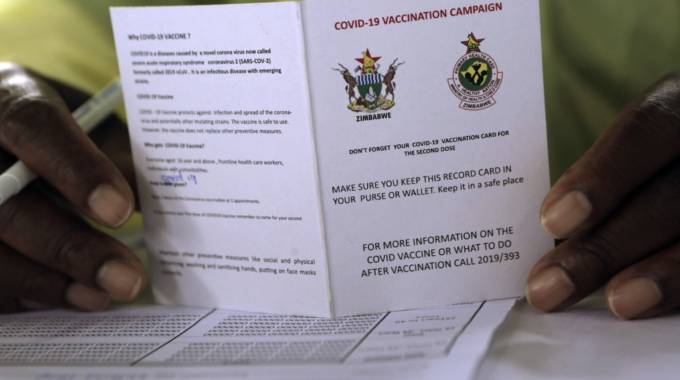 The MDC Alliance has claimed credit for the improved uptake of COVID-19 vaccinations by members of the public over past few days.

MDC Alliance secretary-general Chalton Hwende claimed on Friday that it was through the efforts of his party that vaccine hesitancy has been eradicated. He said:

Statistics show that the number of Zimbabweans who were vaccinated increased significantly this week following a sustained campaign by the MDC Alliance leadership encouraging citizens to get vaccinated against COVID-19.

However, reports indicate that there has been a stampede for vaccines across the country for over a month now since the onset of the COVID-19 third wave.

Health experts have attributed the stampede to fear, as it has been discovered that most of the people who are falling seriously sick were unvaccinated.

Last month the Medical and Dental Private Practitioners Association of Zimbabwe president Johannes Marisa said fear of the coronavirus was driving people to get the vaccine. He said:

This is due to panic, people are now stampeding to get the vaccine because of fear.

It has been shown that the majority of people who are falling seriously sick were those who are not vaccinated.

So people are now realising the importance of the vaccine and they are now running around to get inoculated.