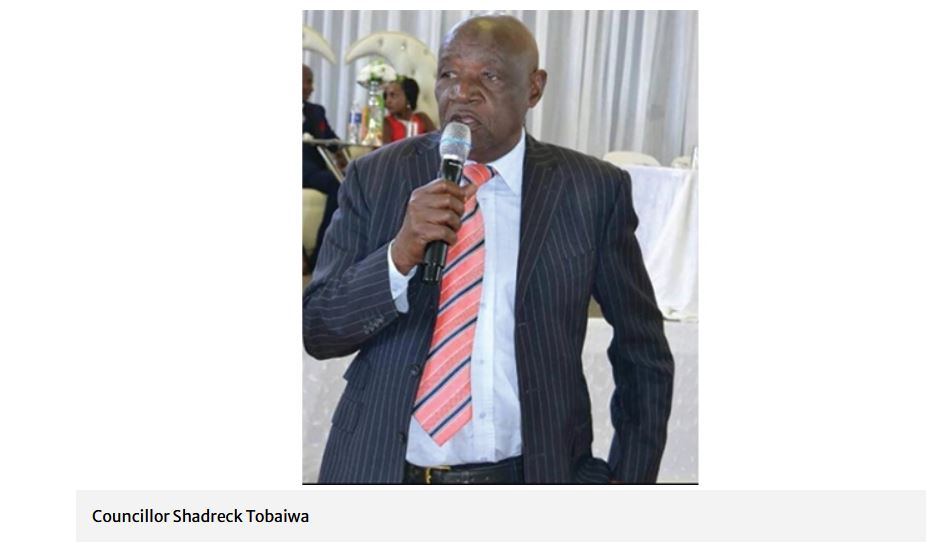 Tobaiwa, who served as Mayor of the mining city between 2008 and 2013, succumbed to prostate cancer at his Amaveni home.

Ms Tobaiwa said the former Mayor will be buried at Fichtlea Cemetery this Friday. She said:

We are still in a state of shock as a family, we have lost a father, one whom we could turn to in times of need, a pillar of strength. We are yet to come to terms with his death as it happened so sudden.

It is with deep sadness that I learnt of the death of Deputy Mayor Shadreck Tobaiwa today 21 July after a short illness. The loss has deeply shaken the entire community of Kwekwe, particularly Kwekwe City Council. We never saw it coming and indeed we are still in a state of deep shock.

He was humble. He was one who wouldn’t mince his words and one who stood his ground. His shoes are too big to fill and he will solely be missed not only within council chambers but by the entire Kwekwe community.

Tobaiwa was elected councillor for Ward 6 in Amaveni in 2008 on an MDC-T ticket and would go on to be elected mayor of the town up until 2013.

He was re-elected as councillor of the same ward in 2018 and was subsequently elected deputy mayor.

He was chairperson of the Human Resources and General Purposes Committee.

Tobaiwa is survived by his wife Margarete, 5 children and 8 grandchildren.