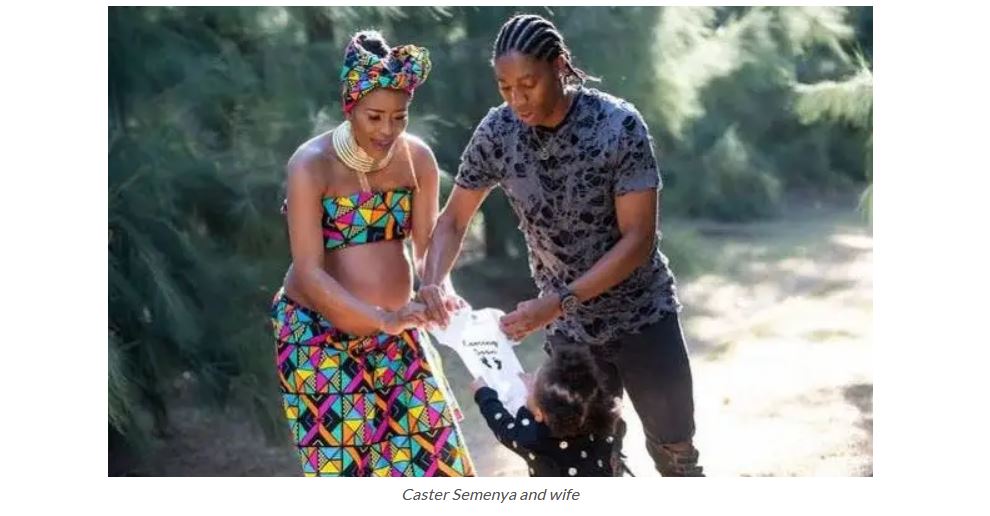 The Olympic champion, who is noted to live quite a private life, surprised many when she took to Instagram and broke the news on Thursday morning.

The 800m runner didn’t reveal the gender of their unborn child.

The couple’s announcement has been met with congratulatory messages from industry mates and fans.

Earlier this month, Caster and Raseboya celebrated their daughter Ora Semenya’s second birthday with cute videos and pictures they both shared on Instagram. Wrote the South African Olympic champion:

When they announced that they were expecting their first child together, the couple simply posted images of small shoes and baby rompers.

The couple both shared sweet messages for their daughter on her big day. Caster has chosen not to share pictures of her daughter’s face on social media, but that hasn’t stopped her from posting some of their beautiful family moments.

Semenya has maintained that she will not be taking the drugs.