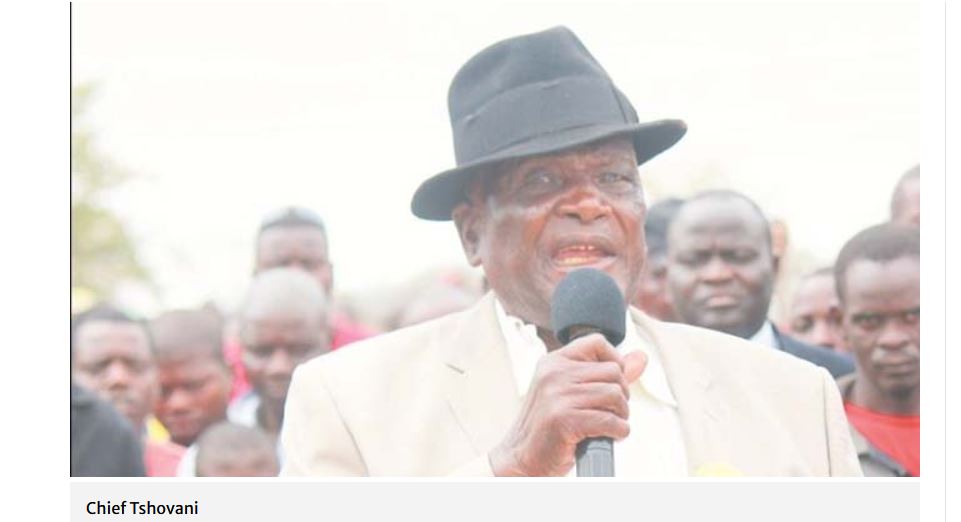 Chiredzi District Development Coordinator Mr Lovemore Chisema confirmed the long-serving chief’s death describing him as a proponent of development in his area.

Chisema said the district has been engulfed by a dark cloud following Chief Tshovani’s death.

The late chief assumed the reign in 1995 and was one of the longest-serving chiefs in Masvingo province.

A devout traditionalist, Chief Tshovani was known for his strict push for his subjects to uphold the Shangaan culture.

He was a famous proponent of the circumcision rites annually practised by the Shangaans who predominately populate east and southern parts of the Lowveld.

The chief’s embracing of circumcision was lauded for being key in the fight against HIV and Aids.

Chiredzi is arguably the district worst hit by the Covid-19 pandemic with runaway positive cases having been reported over the past few weeks prompting Government to declare the area a hotspot of the disease.