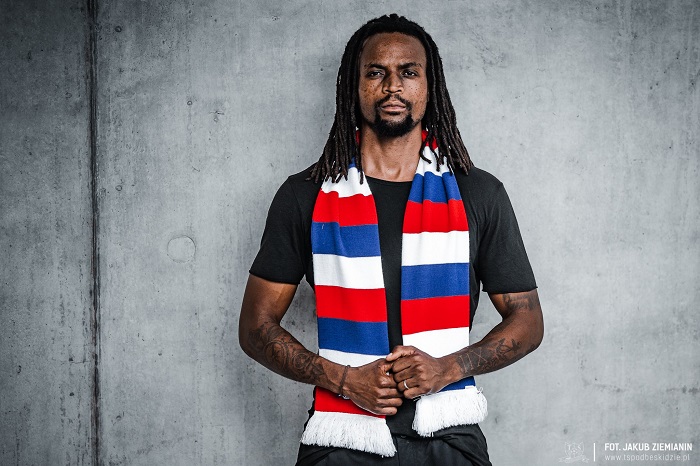 The club confirmed the signing of the Zimbabwean in a statement posted on its Twitter page. It said:

From Zimbabwe, through the Vistula, Lubin and Praga to Bielsko-Biała. From a boy from the ghetto to an experienced fighter Costa Nhamoinesu, welcome to TSP!

Nhamoinesu joined KS Wisła “Ustronianka” as a 22-year-old, and after half a year he was spotted by Zagłębie Lubin, where he spent five years, played 120 matches, was promoted to Ekstraklasa and in 2013 he left for Sparta Praga.

In the colours of Sparta, he won the championship and the Czech Cup in 2014, he also triumphed in the national cup in the 2019/20 season, he played in the Champions League qualifiers, and in 2014 and 2015 in the Europa League group stage.

In the Prague team, Nhamoinesu played in over 200 matches, also serving as team captain.

In the fall of 2020, he signed a contract with Kerala Blasters, of the Indian Super League, where he played 16 matches and scored two goals.

Nhamoinesu has turned out nine times for the Warriors senior squad.