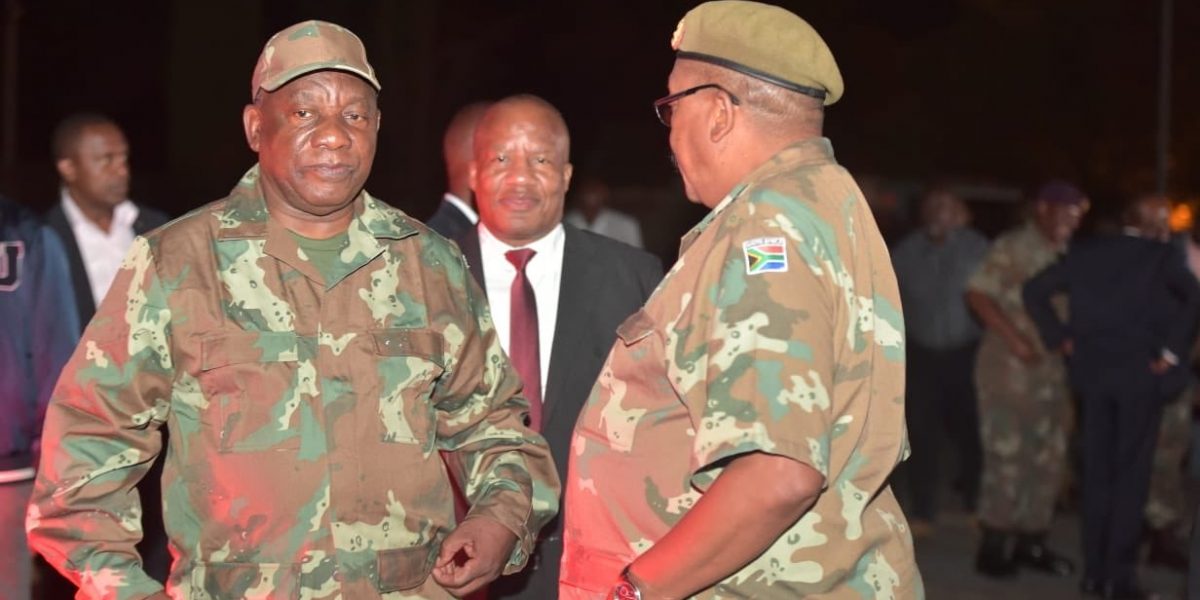 The South African National Defence Force (SANDF) has said it will meet force with force to end unrest in the country as President Cyril Ramaphosa hunts instigators.

Ramaphosa says the days are numbered for those who instigated, planned and coordinated the recent looting, sabotage and violence in KwaZulu-Natal and Gauteng.

The violent protests were sparked by the arrest and imprisonment of former president Jacob Zuma over contempt of court.

Many businesses are closed in KZN, and people have been queuing for hours to get essentials goods.

Speaking during an oversight visit to several areas in the KZN province on Friday, Ramaphosa said a good number of the instigators are identified, and authorities are going after them.

Meanwhile, Ramaphosa has also admitted that the security cluster could have done better to deal with the ongoing violence and looting.

SANDF is saying it is going to undertake maximum force which it says is guaranteed to ensure the end of riots and looting in the country.

SANDF Chief Rudzani Maphwanya says thugs will not be allowed to threaten people and sabotage the economy.

Parts of KwaZulu-Natal and Gauteng have been rocked by rolling riots since Thursday last week.

Woefully outnumbered and overwhelmed by waves of rioters and looters, the police have been granted additional back-up from the SANDF.