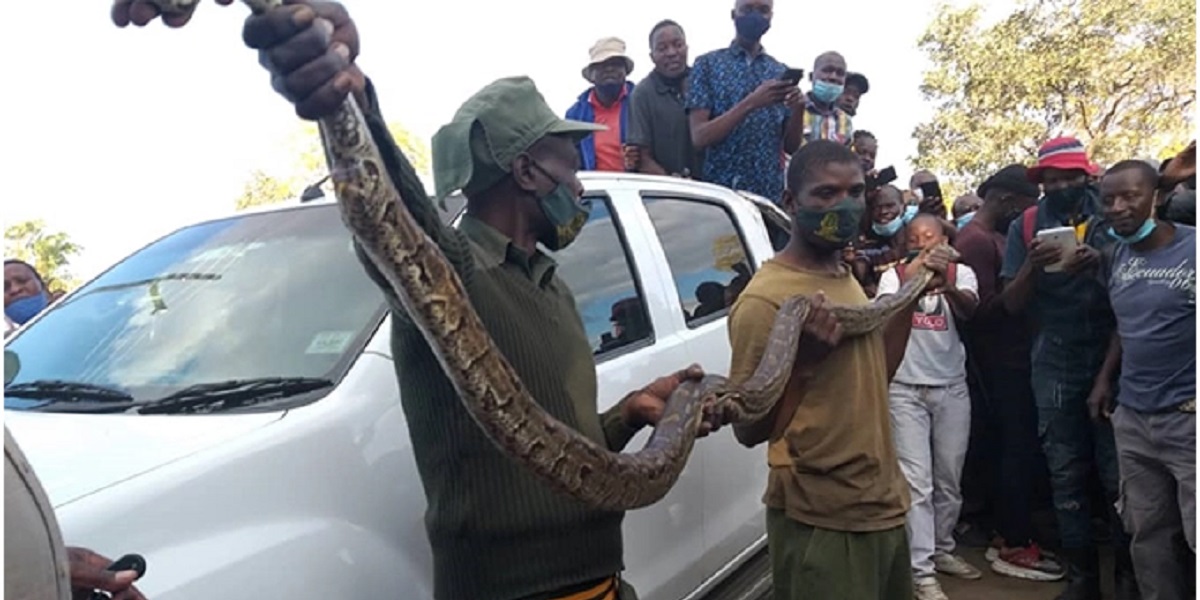 The Zimbabwe Republic Police (ZRP) has arrested a 31-year-old man who is the owner of the car in which a huge snake was found in Kwekwe central business district Tuesday.

Police and officials from the Zimbabwe Parks and Wildlife Management Authority (ZimParks) were called to the scene and rescued the snake before towing the vehicle away.

I can confirm we are investigating a case where a 31-year-old male was arrested after being found in possession of a python in his car. The incident occurred on 13 July 2021 in Kwekwe CBD at 14:30 hours.

Mahoko said Mutema reportedly noticed a python in the car and assisted his girlfriend to get out of the vehicle. They alerted people who were nearby before they locked the vehicle doors and left the scene.

Mahoko said police were alerted and attended the scene accompanied by ZimParks officials. He added:

They managed to open the vehicle and captured the python which measured about two metres long. The suspect was arrested and is being investigated for contravening the Parks and Wildlife Act of ‘being found in possession of a python.

Mahoko added that Mutema was expected to appear in court soon.

Earlier reports had suggested that authorities had to break into the Toyota Wish to retrieve the snake since the owner had locked it and disappeared.

Some witnesses told the media that they strongly believed that the snake was meant for ritual purposes.