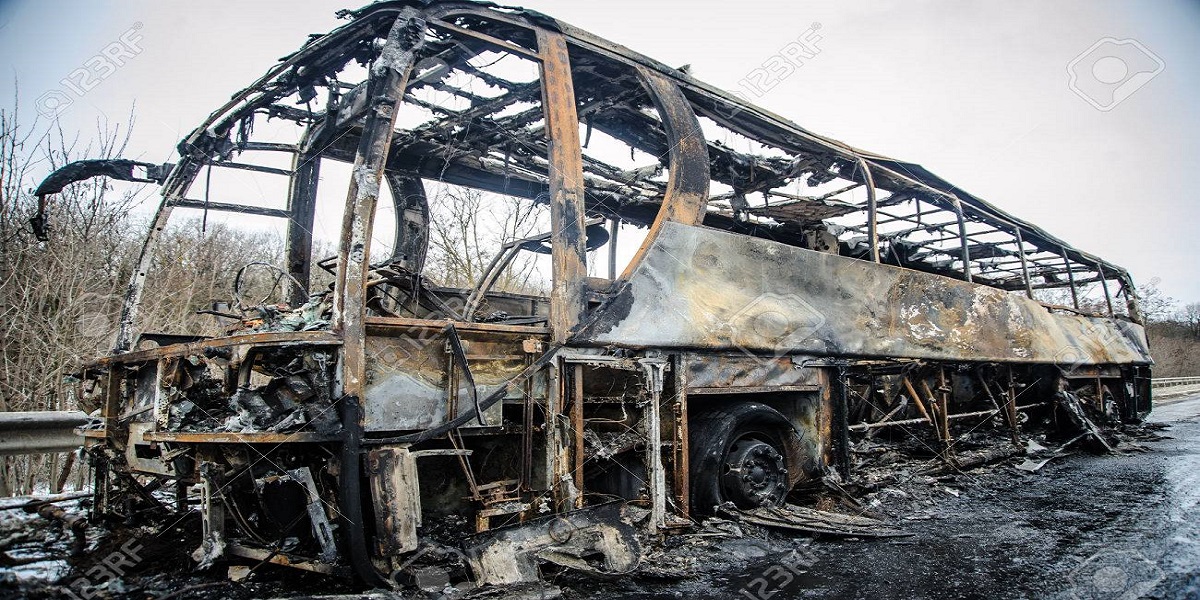 Burnt bus is seen on the street after caught in fire during travel, after fire

Police are investigating a potential arson attack after two buses were set on fire in Cape Town on Thursday morning as protests continue over the incarceration of former president Jacob Zuma.

According to Metro Police Spokesperson, Ruth Solomons, police received a complaint that buses were burning at the Blackheath Golden Arrow Bus Depot on Thursday.

She’s also confirmed that there were no signs of protesters or suspicious activity in the area when they arrived.

However, it’s still unclear how the buses were set alight.

Demonstrators have in some areas of the country, especially in the KwaZulu-Natal and Gauteng provinces, been blocking roads, torching trucks, and looting businesses.

Thousands have so far been arrested over the violent protests that have also seen over 70 people dying.