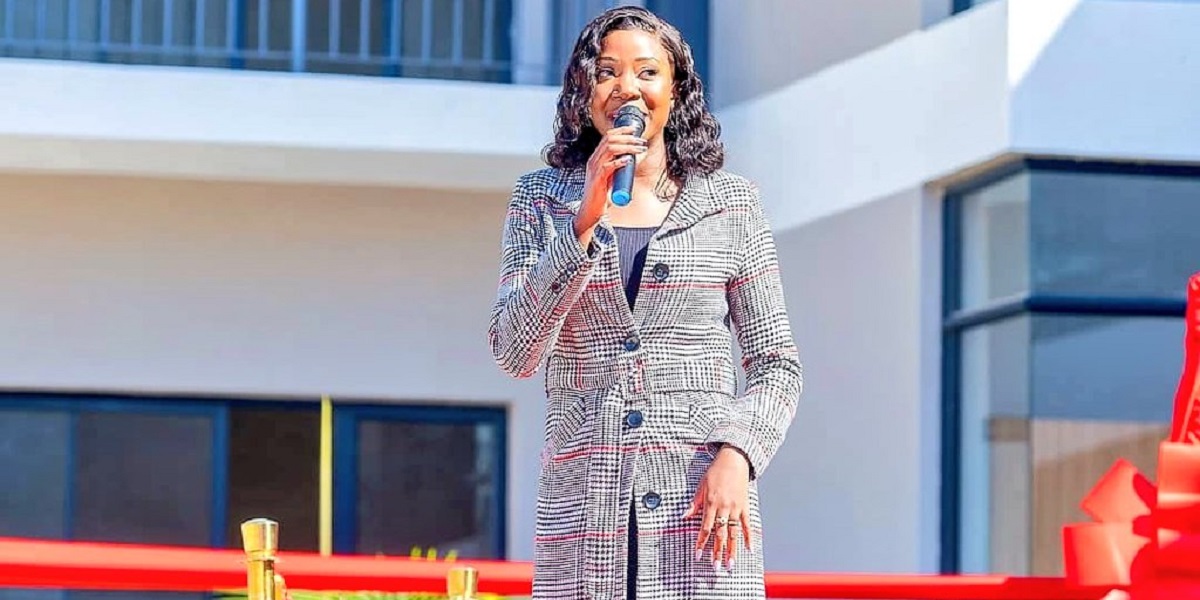 A red flag has been raised over the deals that got top musician Jah Prayzah, and Star FM Disc Jockey Kudzai Violet Gwara better known as KVG fancy homes in Borrowdale.

Jah Prayzah and KVG were recently pictured at red carpet ceremonies being handed over keys to their newly acquired properties at Pokugara Estate in the leafy suburb of Borrowdale in Harare.

However, one Dr Controlla Gabi, questions the type of lease agreements being offered by the Kenneth Raydon Sharpe owned company Pokugara Properties.

Dr Gabi is of the view that Pokugara Properties might be selling its plushy Pokugara Estate houses using an outdated concept which is being phased out in the United Kingdom.

Gabi said Pokugara Properties was using a “Leasehold” arrangement means that when one buys a property, ownership of the land remains in the hands of the seller and attracts monthly rentals.

Leasehold also has a tenure period and once it expires the ownership of the property reverts to the original owner.

In a five threaded Twitter response to West Properties post about KVG acquiring a new home at Pokugara Estate, Gabi said he was worried about the Pokugara Estate leasehold arrangement which he said was an eternal debt trap. He said:

Congratulations KVG. I hope they gave you a fair contract for the property. I have raised the issue of leaseholds @WestPropZim have introduced in Zim whereby the property buyer doesn’t own the land their property is on. Haven’t responded. Star FM hasn’t commented either.

It’s unclear how much legal protection buyers have against the legal jeopardy of leaseholds. You’d think developers would be transparent about this. It’s worrying that, with the brand ambassadorships being issued to celebrities, scrutiny disappears with conflict of interest.

Leaseholds are an eternal debt trap. Homeowners will continue to pay rent on the land their house is built on. It’s been a controversial scheme here in the UK.

With a leasehold, you’ll always pay rent on the land on which your home is built. There must be an option to buy the land or just rent to buy the land which shd give ownership of the land at some point. With no legal protection, land rent will go up or change hands. Uncertainty

Although unlikely, it is possible that, in a leasehold agreement, the price of the lease may end up being unaffordable. It’s unclear what will happen in such circumstances. Would you lose your property, for example? Star FM must facilitate this discussion on their programmes.

West Properties which is the company behind Pokugara Estate did not respond to Gabi’s thread.