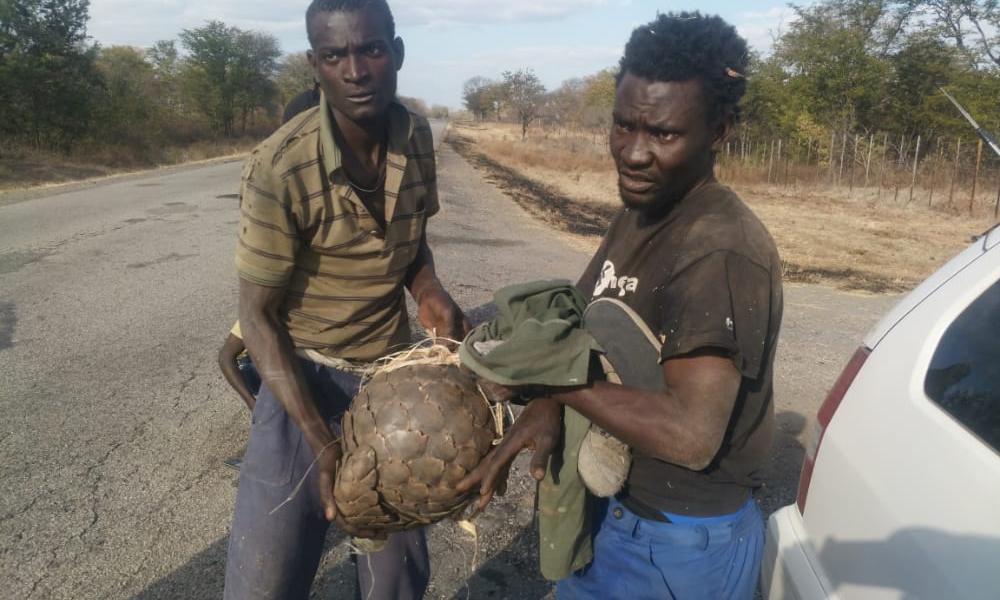 Two men from Madumabisa outside Hwange town have been sentenced to nine years in jail each after they were caught in a bush in Matetsi with a live pangolin.

Give Dube (28) and Cleopas Mlalazi (25) both of Village 3 Madumabisa were nabbed by wildlife activists after they were found in possession of a female pangolin weighing over 13kg on 8 July this year.

The two failed to produce a permit allowing them to possess a live pangolin after being asked to do so and were immediately arrested.

The two were armed with an axe and spear when they were caught in Matetsi, about 30km away from their area.

Dube and Mlalazi pleaded guilty to a charge of possessing a protected species when they appeared before provincial magistrate in charge of Matabeleland North Toindepi Zhou at the Hwange Magistrates’ Courts.

Each was sentenced to nine years in jail with nothing being suspended.

Pangolins are protected under the Zimbabwe Parks and Wildlife Act, and the country has one of the strictest laws against pangolin poaching in Africa.

Pangolins are protected by law and possessing or dealing in them illegally attracts a prison sentence of up to 12 years, according to the Zimbabwe Parks and Wildlife Management Authority (ZimParks).