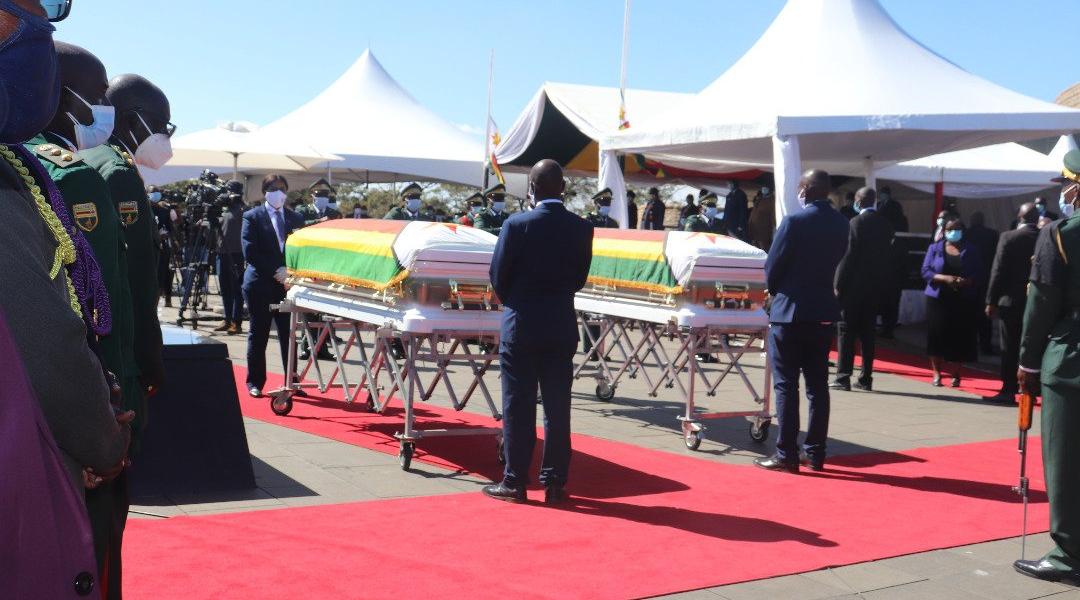 President Emmerson Mnangagwa has hinted he would cast his net wider and deeper in search of the next Zimbabwe National Army (ZNA) commander following the death of Edzai Chimonyo who was buried at the National Heroes Acre on Monday.

Mnangagwa, who came to power on the back of a military coup in November 2017, challenged those serving in the security sector and diplomatic service to prove their loyalty to the state.

ZANU PF is reportedly experiencing internal squabbles which could create fertile grounds for another coup and insiders say Mnangagwa preferred a general who was loyal to “coup-proof” himself.

The President was addressing mourners at the burial of Chimonyo and Michael Chakabva at the National Heroes Acre. He said:

Those serving in the security sector and those serving in our foreign service and diplomatic missions must take time to introspect. Ask yourselves, can you be trusted? Are you loyal, reliable and committed?

Although many in Matabeleland condemned Chimonyo for having been in the command element of the infamous Fifth Brigade which killed over 20 000 civilians during Gukurahundi, Mnangagwa hailed him as very reliable and committed to duty and service to the nation. He said:

He was reliable and always exuded impeccable loyalty and commitment. He had a unique trait of being able to conduct himself without giving the slightest hint of his deserved status.

… During his tenure, the ZNA has remained a reputable, competent, professional, highly disciplined, combat-ready and effective force.

His wisdom, fairness, objectivity and professionalism at its helm shall forever be cherished and valued.

Chimonyo died on Thursday morning after battling cancer. He was 69.

One Comment on “Mnangagwa Faces Headache Over Next ZNA Commander”