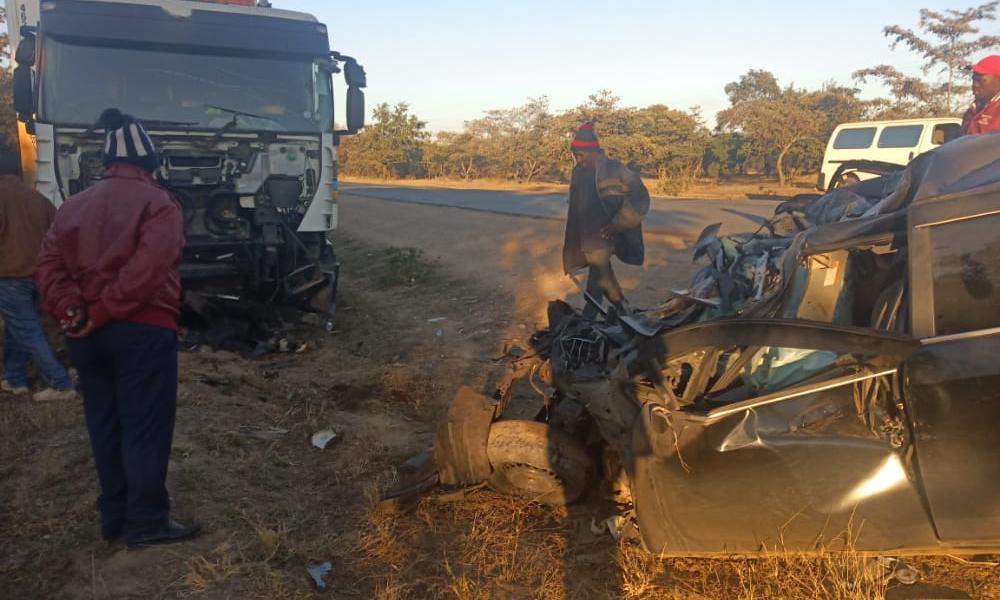 The Honda Fit collided head-on with an Iveco truck at the 110km peg along Masvingo – Beitbridge Highway on 12 July 2021. (Picture Credit: Masvingo Mirror)

Two people died on the spot when a Honda Fit collided head-on with an Iveco truck at the 110km peg along the Masvingo – Beitbridge Highway on Monday night.

The deceased were occupants of the Honda Fit vehicle which was travelling towards Beitbridge.

He, however, said the names of the deceased will be released once the next of kin are informed. Said Insp Dhewa:

We have the name of the deceased driver. However, I cannot reveal it until the next of kin are informed. We are still looking for the details of the passenger.

Police have not yet revealed the cause of the accident but it is understood that the driver of the Honda tried to overtake in front of oncoming traffic resulting in the fatal collision.