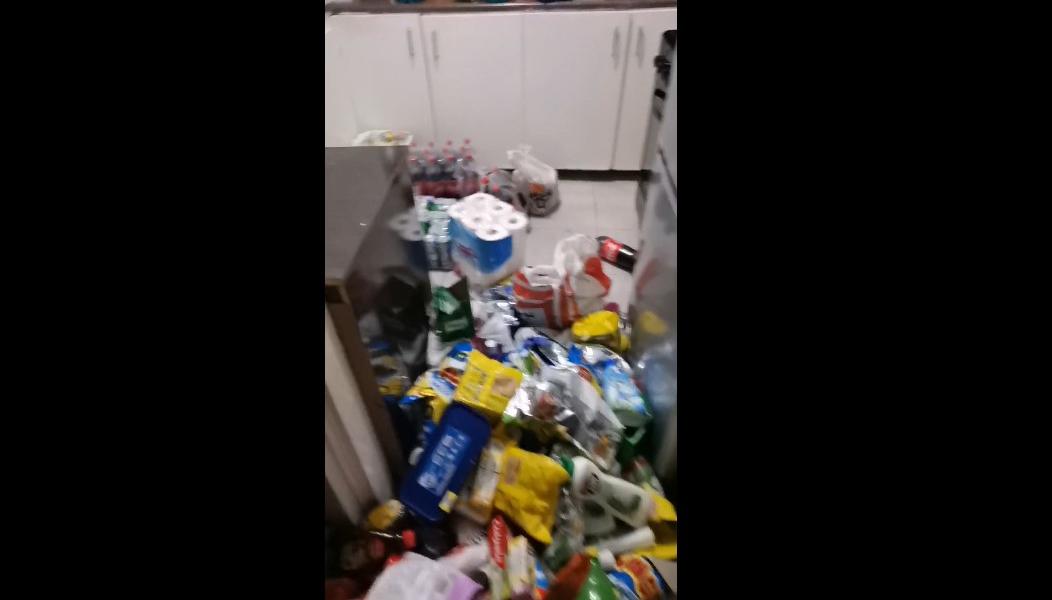 Some Zimbabwean nationals resident in South Africa are taking part in the ongoing looting of shops in the country amid protests that were triggered by the imprisonment of former president Jacob Zuma.

In one of the videos that have been circulating on social media platforms, a man speaking in Shona can be heard inviting people to come and collect free alcohol and meat.

In another video shot in a house, piles of groceries fill the party, with one woman, also speaking in Shona, saying she doesn’t even know some of the products that she looted.

Watch the two videos below: