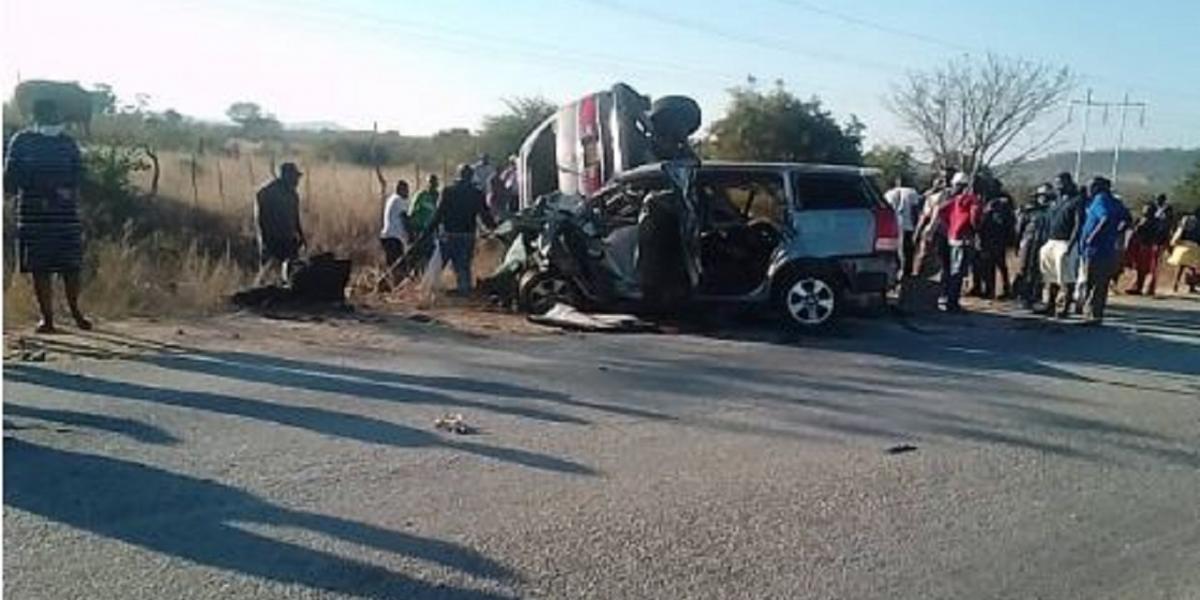 Government officials are investigating how an unroadworthy Toyota Wish that collided head-on with a Toyota Granvia leading to the death of 22 people on Monday last week was on the road.

The accident occurred at the 61km peg along Masvingo-Mbalabala Road near Chitowa Business Centre, just after Mhandamabwe.

The Granvia encroached onto the lane of the oncoming Toyota Wish, which was coming from Zvishavane, resulting in the head-on collision. 20 people died on the spot and two others later succumbed to their injuries.

The Minister of Transport and Infrastructure Development Felix Mhona said the Toyota Wish had twice been booked into a Vehicle Inspection Depot (VID) and deemed unroadworthy and they want to establish how it still ended up on the road.

Mhona was speaking in an interview with the Chronicle after visiting accident survivor Judith Shara, who is admitted to Gweru Provincial Hospital with multiple injuries which include a fractured bone in her left leg. He said:

We were shown two documents indicating that the Toyota Wish had been condemned twice by VID and so we wonder how it ended up on the road leading to the fatal accident.

As Government, we want to get to the bottom of this because unroadworthy vehicles shouldn’t be found on the roads.

Mhona warned that if it is established that police or VID officers corruptly released the vehicle, action would be taken against them.

Zimbabwe Republic Police (ZRP) spokesperson Assistant Commissioner Paul Nyathi who was accompanying the Mhona said road safety is the responsibility of every Zimbabwean.

He reiterated that inter-city travel remains banned and warned police officers who may be conniving with pirate taxis or conniving with mushikashika that they will be brought to account for their misdeeds.