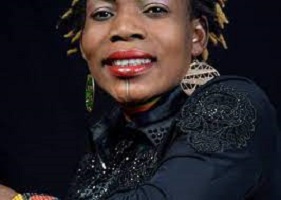 Mbira musician Florence “The Lioness,” Nyamazana says she recently contracted coronavirus and is struggling to raise funds for medication and had resorted to traditional remedies like steaming.

The 38-year-old Lioness, who is backed by Ninga DzeNharira under led by former Mbira DzeNharira co-founder Micah Munemo, was diagnosed with the highly infectious Delta variant on 5 July.

She said she was experiencing severe breathing problems at home along with her three children who have also contracted the disease.

The Norton-based mother of seven told H-Metro that her eldest child was the one nursing her at home. She said:

I’m really struggling at home after contracting the COVID-19 after the PCR tests showed that I and three children had contracted the Delta variant.

I’m really scared because I have nothing in my coffers to buy the medication plus the doctor who came to see us at home advised us to avoid any movement since we are infected.

As we speak right now over the phone, ndiri kutozarirwa and I wish I could get help as soon as possible because the pain is severe.

To be honest, we don’t know how it will end and I don’t have any people who can assist me as we speak since our situation is complicated.

Nyamazana has appealed to well-wishers for help as her former husband was also struggling to make ends meet. She said:

I have contacted my baby daddy who stays in Warren Park but there is nothing that he has done to save us.

I have come open to the media as the last resort and I hope you will help us reach out to well-wishers.

Those willing to help can contact the Lioness on the following details: