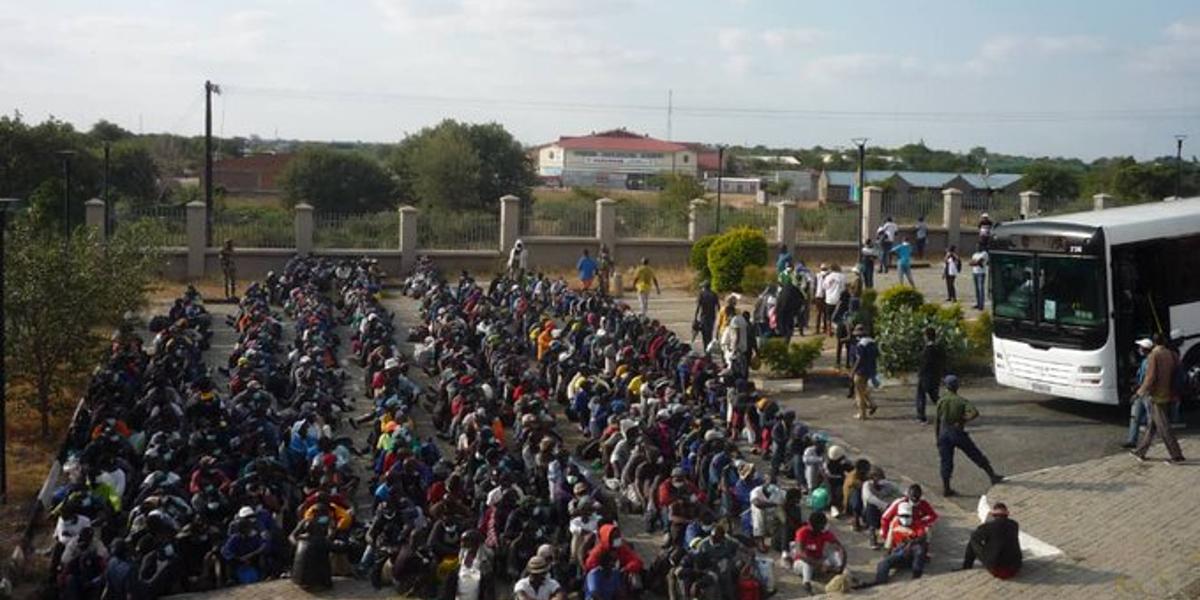 South Africa has deported 220 Zimbabweans, including 7 ex-convicts and 213 other people who had been arrested for violating Pretoria’s immigration laws, in a bid to de-congest migrants holding centres.

The Herald reports that most of those deported were undocumented or had used fake travel documents while others had overstayed. Most deportees were looking for jobs in South Africa.

Zimbabweans are allowed a stay of not more than 90 days within a period of 12 months but many are extending their stays illegally and are routinely rounded up by the police or immigration officers.

Zimbabwe’s Consul-General to Johannesburg, Mrs Melody Chaurura, said their hosts have not been able to deport people in the last two weeks and that the current group had been detained at Lindela Holding Centre in Gauteng.

She said on average less than 100 people were being sent home from South Africa weekly. Said Mrs Chaurura:

_This is the largest group so far. It’s part of the routine weekly deportations._

_The high number is due to the fact that no deportations were carried out two weeks prior._

Upon arrival at Beitbridge, the deportees were screened and tested for Covid-19 with those that test positive put in isolation while those testing negative will be sent to their respective homes for quarantine.

Ex-convicts are also profiled by the police.

Reports suggest that between January and June this year, 3 203 Zimbabweans were deported from South Africa.

The centres had been closed as the country moved into Level 2 Covid-19 lockdown.

Millions of Zimbabweans are reported to be in South Africa after skipping the border to flee the biting economy.

Most of them stay longer than allowed in a bid to secure jobs and work permits and are sometimes caught before attaining the papers.